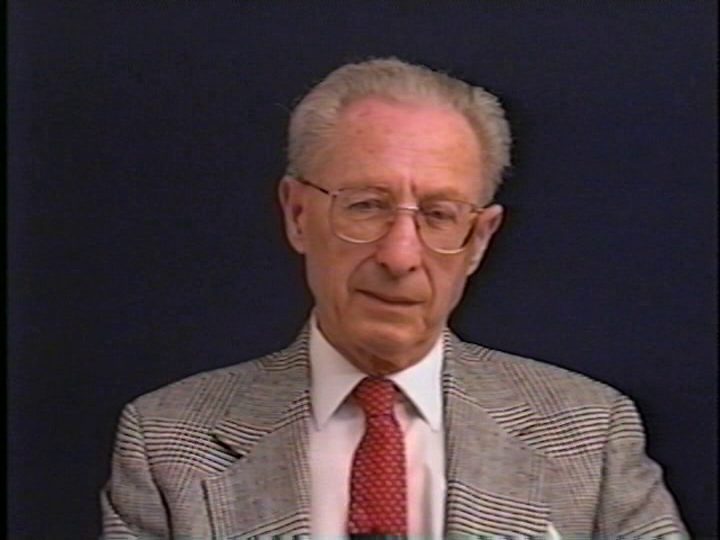 Leslie Vertes was born in 1924 in the village of Ajak (Hungary). His father had a small shoe repair business where he worked with his wife. Leslie was 14 years old when the family relocated to Budapest (Hungary).

Leslie could not finish the last year of high school and go to university due to the prevailing anti-Jewish legislation. He went to work in his father’s shoe factory. In 1940, Leslie’s father was drafted into a forced labour battalion of the Hungarian army and in 1943, the family received notification of his death.

Nazi Germany occupied Hungary in March 1944 and two months later Leslie was drafted into forced labour service.  He was tasked with repairing shoes and boots and he also had to participate in cleaning up streets and buildings after Allied bombings. After six months, he managed to escape. He got false identification papers and went into hiding in Budapest.

I lost weight, I was like a toothpick, white hair, I walked with canes.
Leslie Vertes

For the first three months, Leslie worked in a limestone quarry under very hard conditions and later he worked in construction. Due to the lack of proper food, Leslie developed scurvy at the age of 21 and would have died if it were not for the efforts of a freshly graduated doctor to save him.

Leslie returned home in 1947, after more than two years in forced labor. He learned that his mother and sister had left the country. After spending three years in Germany, they had immigrated to Israel. In 1952, Leslie married Vera, a fellow Holocaust survivor, and they had a son a few years later. The family escaped from Hungary after the 1956 Hungarian revolution and arrived in Montreal in 1957.

Leslie found a job in a shoe factory, working his way up from leather cutter, to foreman and finally to production planning. Vera worked as a dressmaker. Their son became a medical doctor and he lives in Toronto with his wife and their three children.

Leslie received the YMCA Peace Medal in 2015 and the Sovereign’s Medal for Volunteers in 2018. The Azrieli Foundation published his memoir Alone in the Storm in its series of Holocaust Survivors Memoirs.

Leslie has been a volunteer speaker at the Montreal Holocaust Museum since 2004. He has shared his story both at the Museum and in schools with thousands of students. 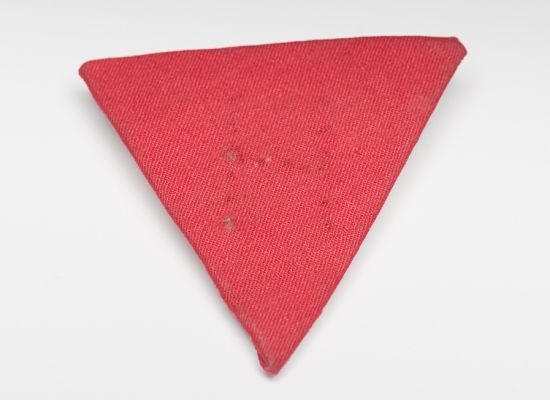 Identification Badge of a Political Prisoner