Paul Bard describes dismantling one of the last gas chambers in Birkenau. 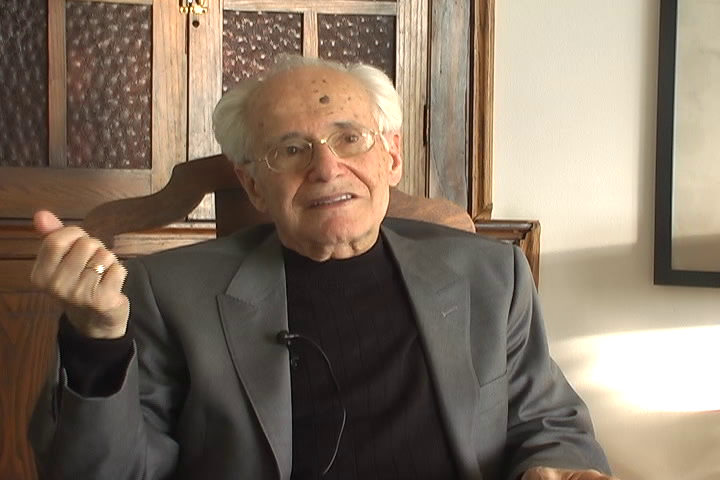 Paul Bard was born in 1921 in Oradea, Romania. When the Hungarians occupied Northern Transylvania in 1940, they introduced anti-Jewish legislation. Paul was not allowed to enroll in university, so he became an apprentice electrician.

He was drafted into forced labour in October 1942. He worked as an electrician in the military hospital of Oradea. The Hungarian authorities established the ghetto in Oradea in May 1944 and Paul and his parents were forced to move in.

They were deported to Auschwitz in June 1944.  Paul worked as an electrician in the Bauleitung unit, which handled the maintenance of buildings in the camp. In January 1945, Paul and other prisoners were transferred to Dachau. When the Allies were approaching, the Germans started evacuating the camp. Paul was liberated from a train by the American army at the beginning of May 1945. 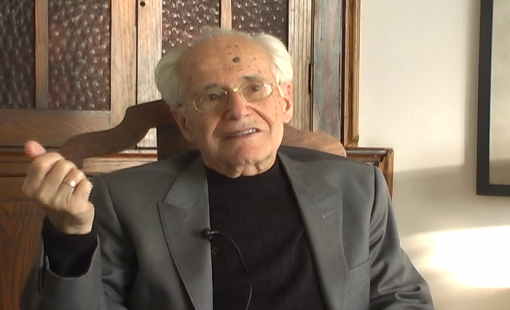 We were asking: “What is that black smoke?” And some of them wanted to be very sarcastic and they told us: “That’s your
next home.”
Paul Bard

After the war, Paul spent a few months in the displaced persons camp in Feldafing, Germany. He returned to Romania in September 1945, and was reunited with his father. Paul got married and had a daughter. The family immigrated to Israel in 1966. When their daughter moved to Canada, Paul and his wife decided to follow her. They settled in Montreal in 1976.

Discover other clips from the testimony of Paul Bard:

Paul Bard explains how he survived in Auschwitz by smuggling food.