Myriam Moatti describes her life in Tunisia during the German occupation of 1942-43. 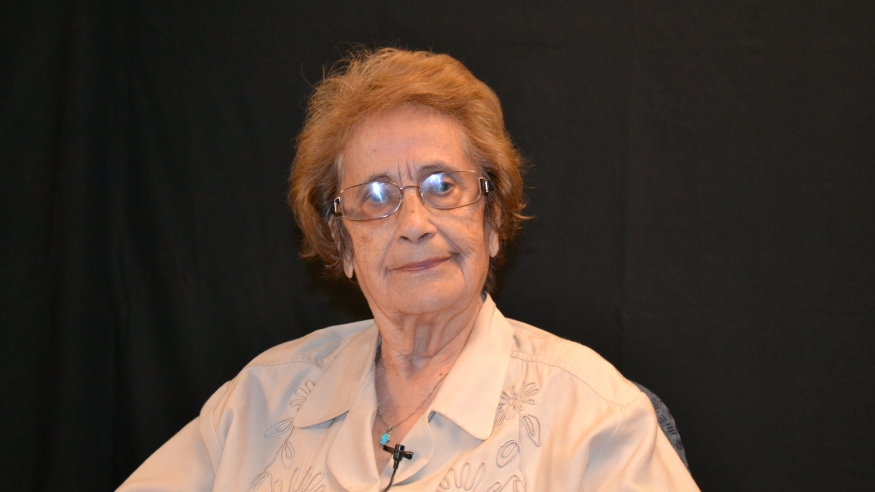 Myriam Moatti was born in 1924 in Tunis, Tunisia, the youngest of five siblings.  Despite the Vichy government’s anti-Jewish legislation, Jews of Tunisia only felt the effects of the war after German occupation in November 1942.

After the invasion of Tunisia, the Nazis immediately forced Jews to wear a yellow star. They confiscated Jewish property and sent Jewish men, including Myriam’s two brothers, to forced labour camps.

The brothers were forced to clean up after the bombings. One worked at the port of Tunis, and the other in Bizerte. When the German occupation ended in May 1943, the brothers returned home. 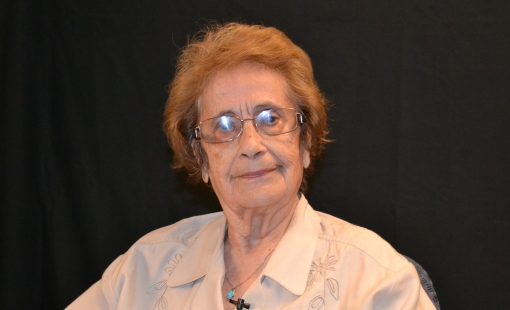 We were so afraid, we weren’t used to it. The Europeans were much stronger than we were. They had had wars, we didn’t know what it all meant.
Myriam Moatti

After the war, life returned to normal in Tunisia. Myriam married Lucien Moatti, a merchant in 1957 and their son was born a year later. In 1961, the family immigrated to Montreal, where Myriam’s brother-in-law lived.

Myriam started working as a nurse soon after their arrival. At first, her husband had difficulty finding a job because he didn’t speak English. Before passing away in 2016, Myriam welcomed two grandchildren.