A Symbol of Discrimination against Jews and of the Holocaust 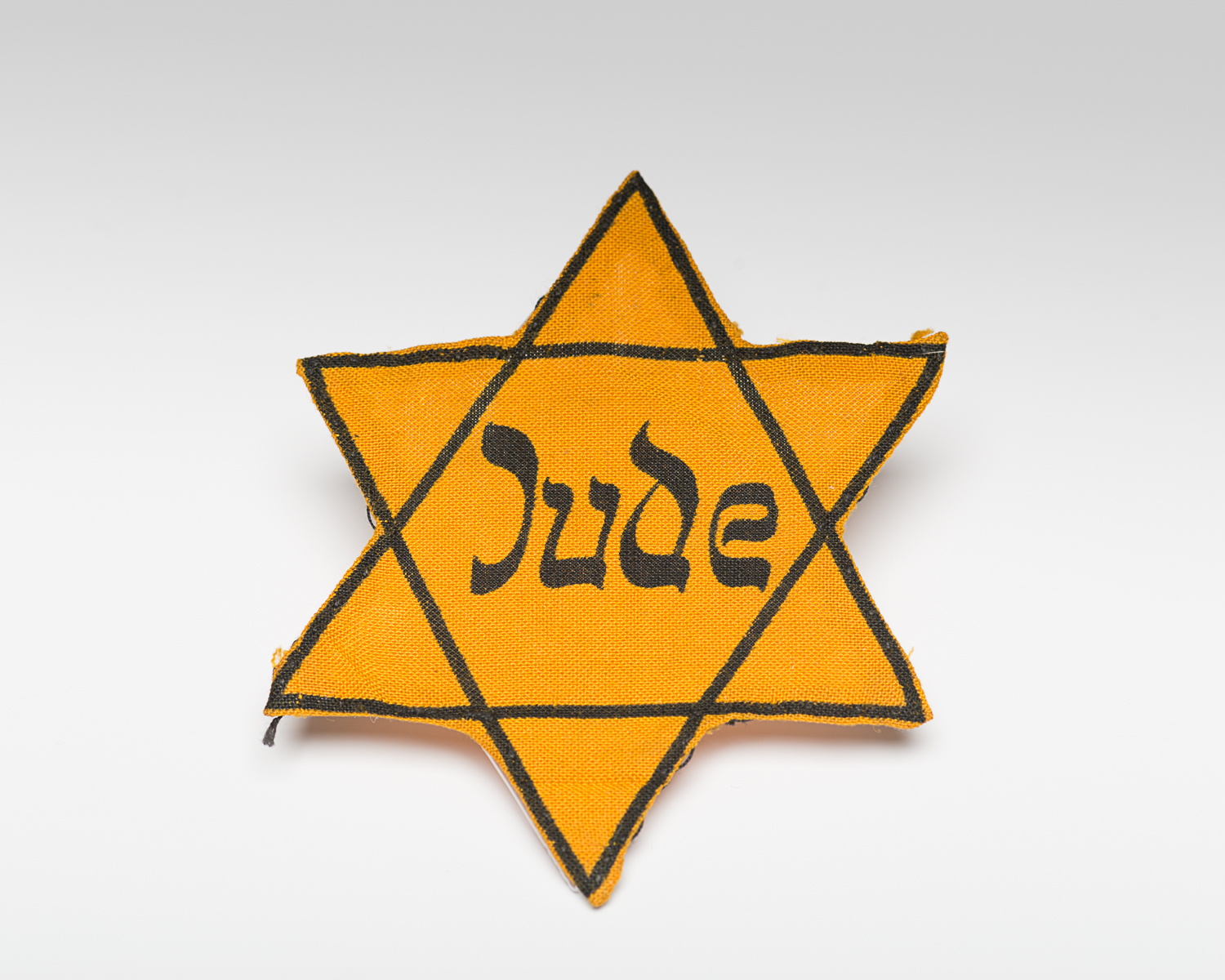 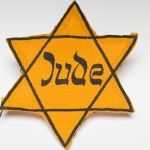 This identification badge is a star with six points, traced on yellow fabric. This star is referred to as the Star of David, and symbolizes the Jewish religion. It was appropriated by the Nazis and the badge was commonly known as a yellow star. The word Jude, “Jew” in German, is written in its centre.

This badge was worn by George Ehrman while he was living in Prague. (Photo: Peter Berra) 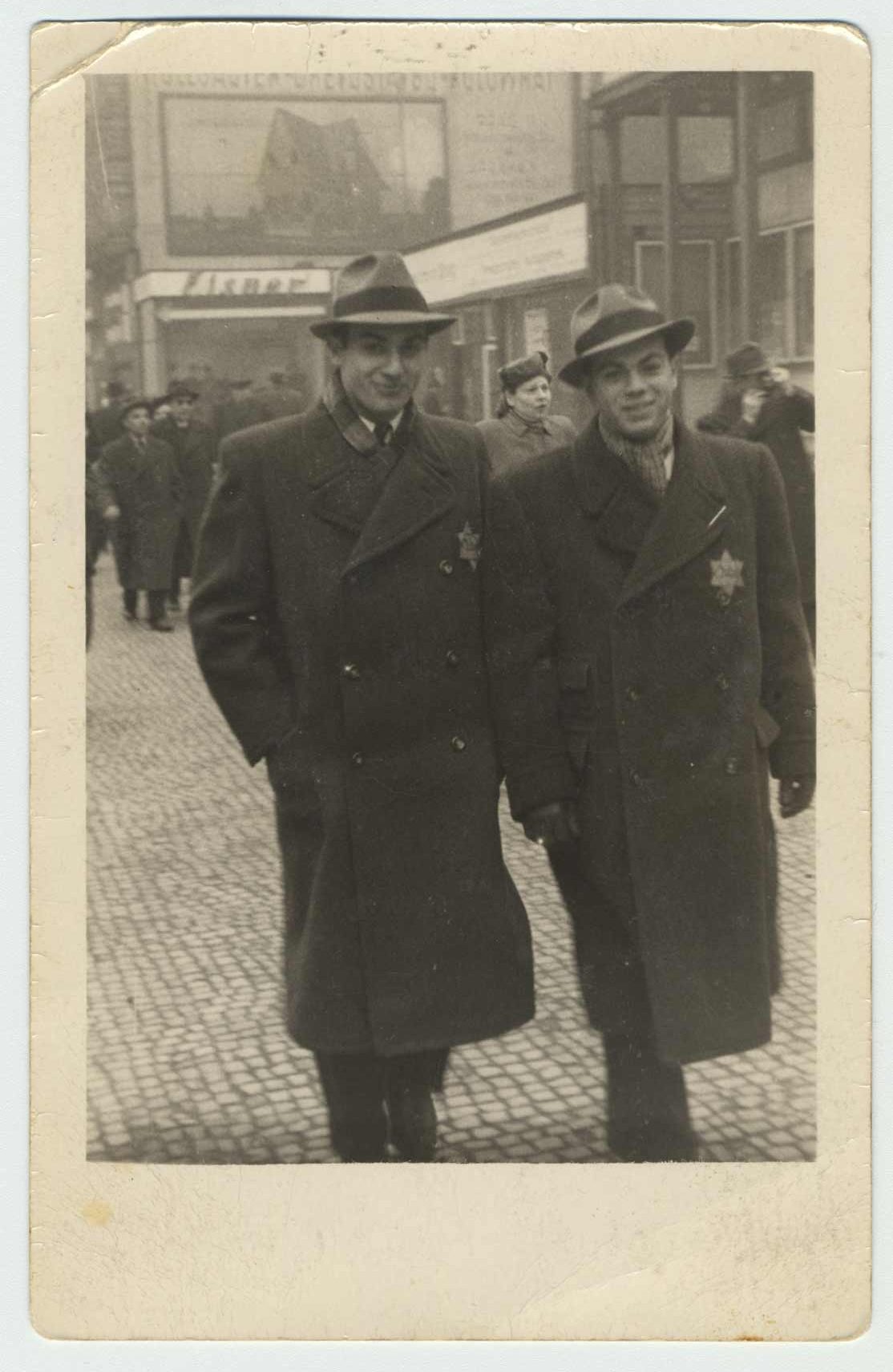 George and Karel Ehrman, photographed on Prikopy street in Prague in 1941. They both wear a yellow star on their coats. 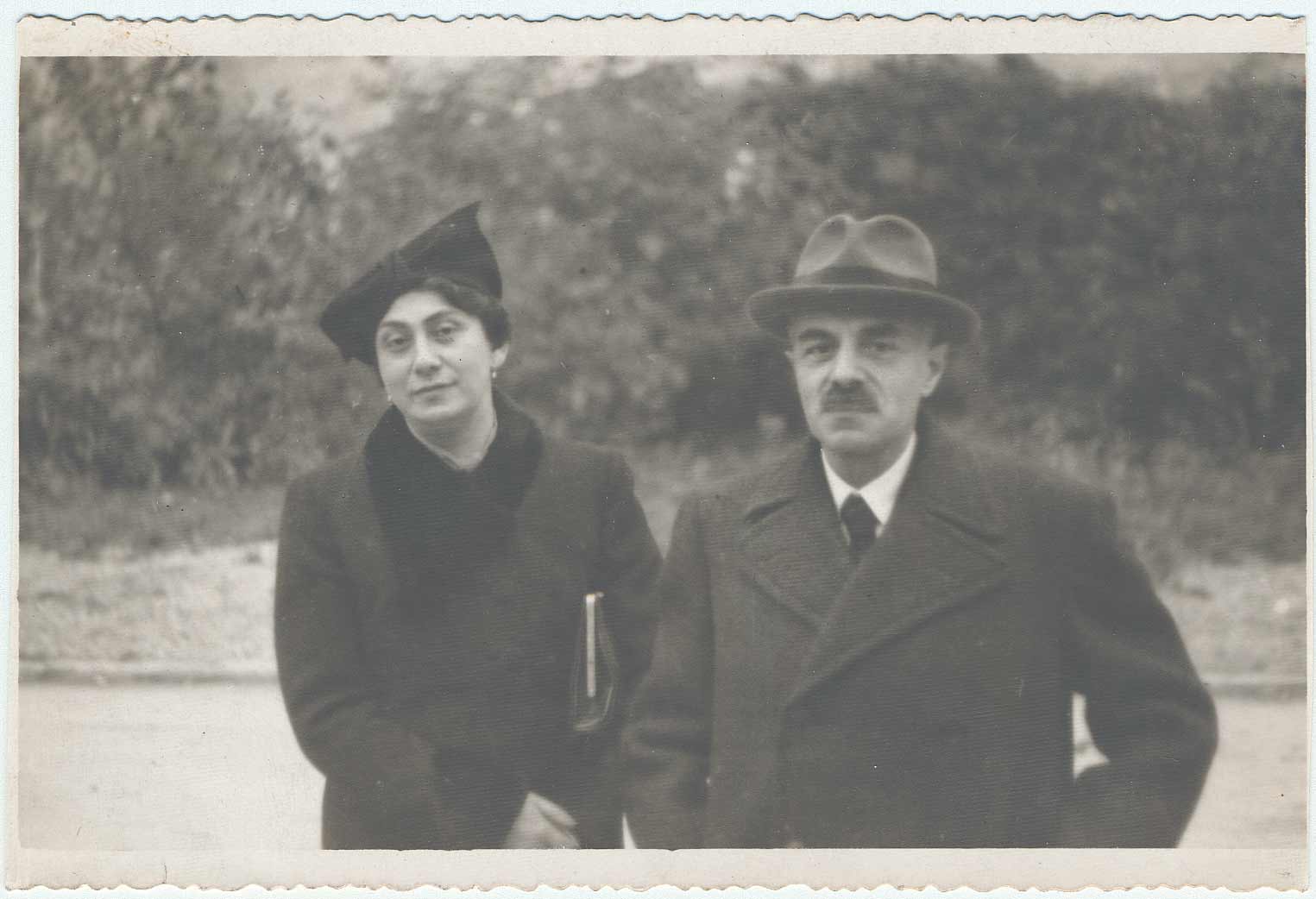 George’s parents, Zdena and Otto Ehrman, in 1942 before their deportation. They never returned from the camps.

“Yellow Star”: A Symbol of Discrimination

Jews aged six years and over who lived under the Nazi regime were ordered to wear this badge on their clothing as a form of identification. This mandatory measure was first applied in Poland in 1939 and introduced to every occupied country in 1942 (except in Denmark and Southern France). The badges facilitated the persecution of Jews by identifying them during mass arrests and later deportations. As a result, the yellow star has become a symbol of Jewish discrimination and the Holocaust.

This badge was worn by George Ehrman while he was living in Prague. In June 1942, he was deported to the Theresienstadt ghetto with his brother Karel. Two months later, they were deported to Auschwitz-Birkenau and then to the Schwarzheide labour camp in Germany. George and Karel were forced on a death march in 1945. Both brothers survived and immigrated to Canada after the war. George gave this object to the Montreal Holocaust Museum in 1988.

Are You a Teacher?