Worn in Lieu of Uniform in Majdanek Camp 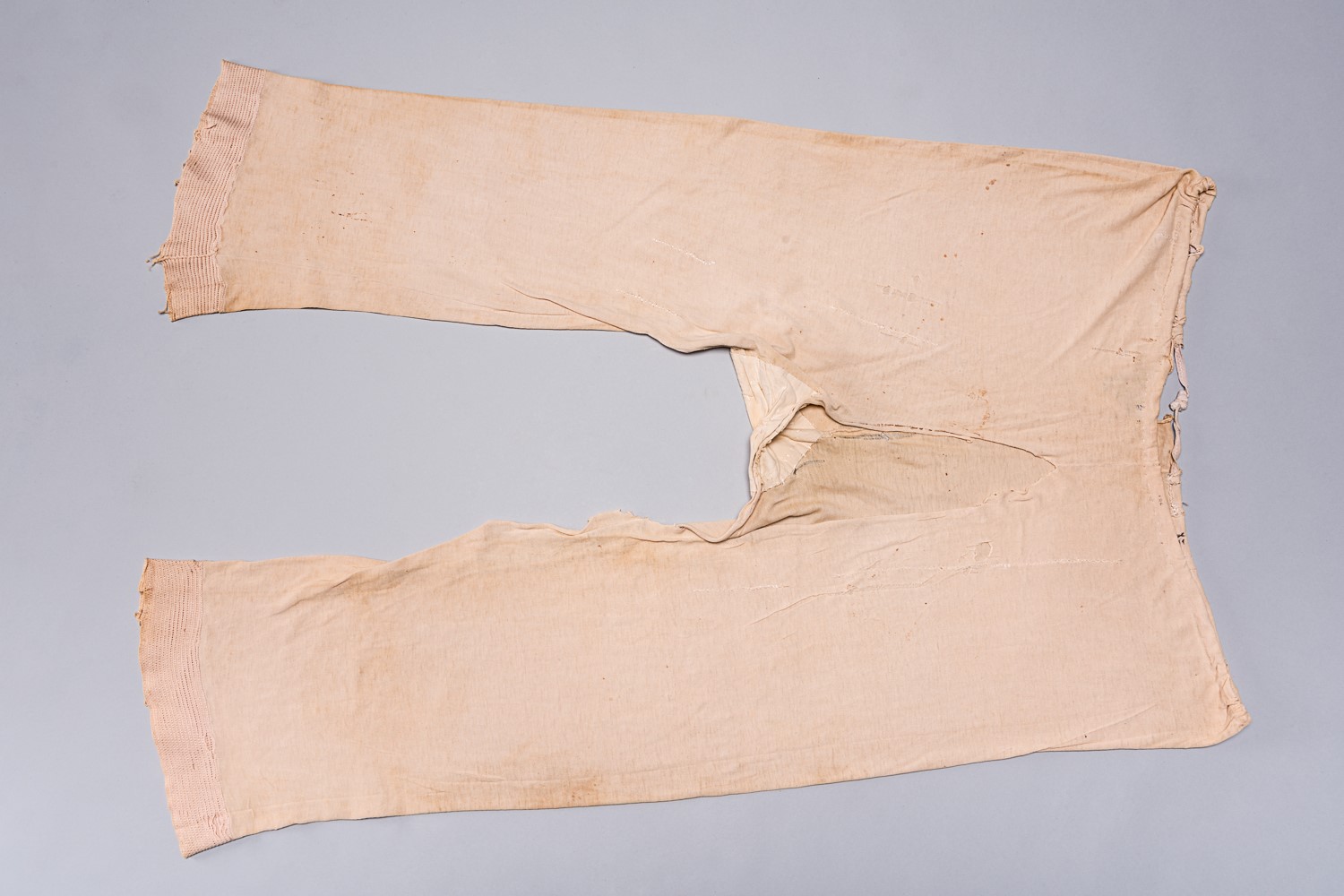 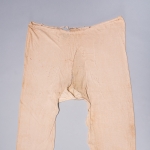 Pola Reich wore these beige cotton undergarments during her internment in the Majdanek camp. She wore them under her striped uniform.

Worn in Lieu of Uniform by a Prisoner in Majdanek Camp

Undergarments worn by Pola Reich under her striped uniform during her internment in the Majdanek camp. (Photo: Peter Berra) 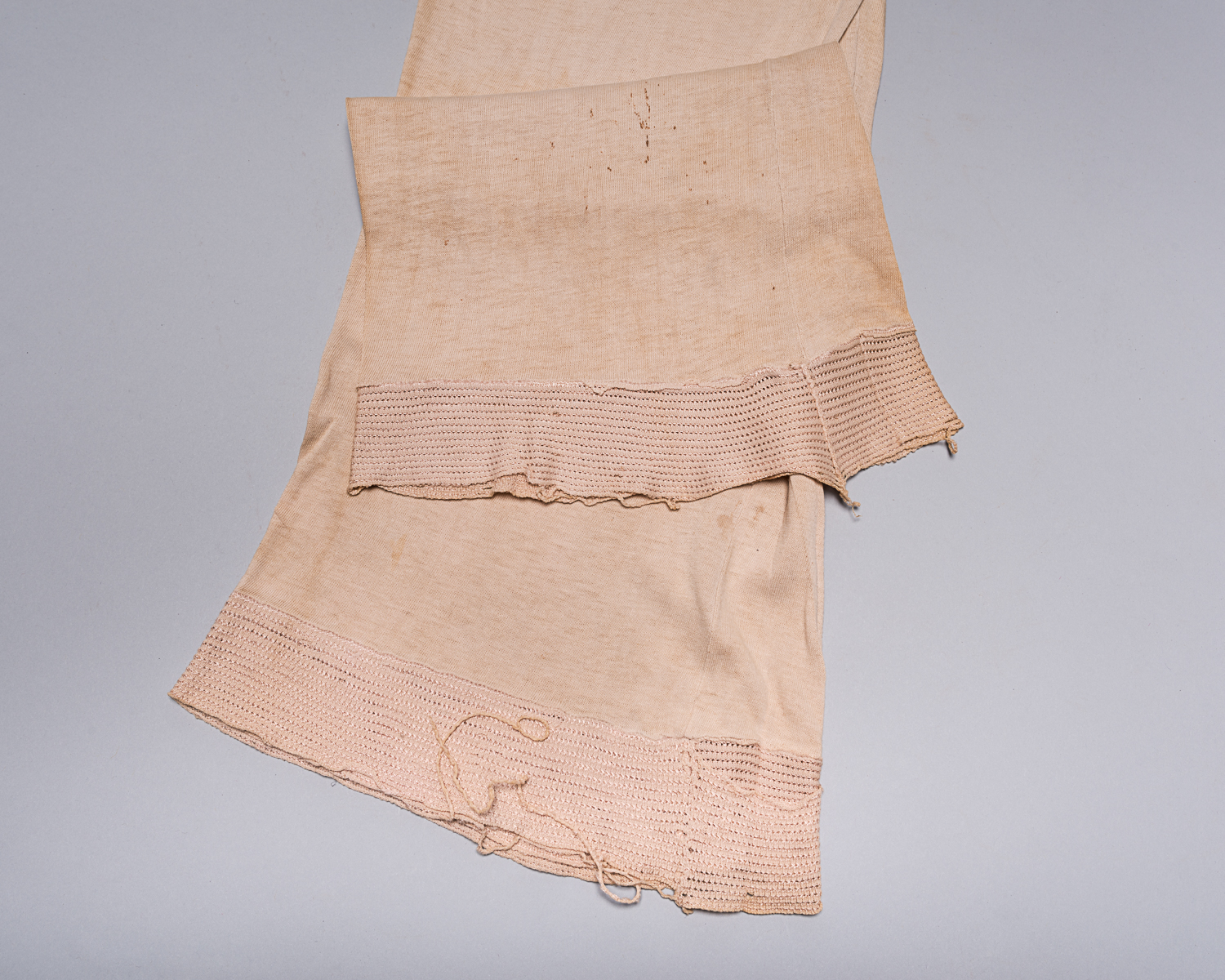 Pola was wearing these undergarments, as pants, up until and during her liberation in November 1944. (Photo: Peter Berra) 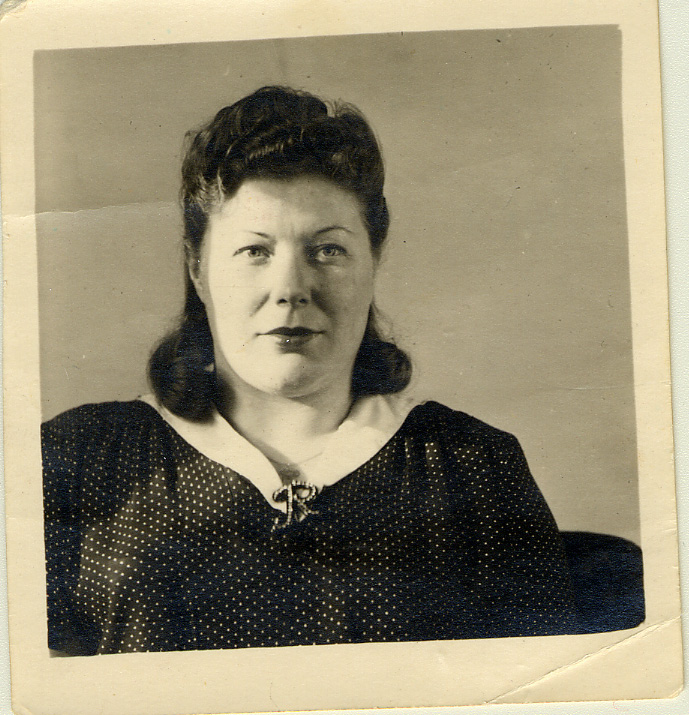 Pola Reich portrait after the war, circa 1947.

Pola’s Detention during the War

Pola was detained in the Majdanek camp between 1943 and 1944. When the Soviet army was approaching in the summer of 1944, Pola was deported to the Czestochowa ghetto. She was wearing these undergarments, as pants, up until and during her liberation in November 1944.

Undergarments: a Memento of her Life during the Holocaust

Pola married in 1947 and immigrated to Canada in 1950. She had three children, including Gina who, at age 7, discovered the undergarments. Disgusted by their appearance, she asked her mother what they were. Pola explained that she wore them in a Nazi concentration camp. Her story made a strong impression on her child, who realised what her mother had been through.

Gina Eskenazi donated her mother’s undergarments to the Montreal Holocaust Museum in 2009, “so that its importance will live on for future generations of people who value dignity and human life.” 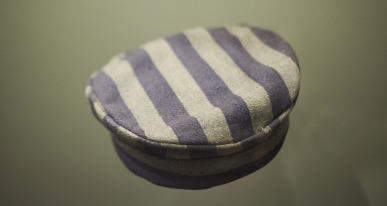