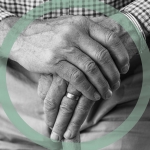 Join us at our open house to learn about the history of the Holocaust from those who survived it. Hear testimony from survivors highlighting personal experiences during the Holocaust, and visit the Museum free of charge.