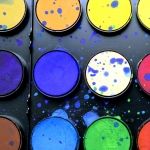 You will find here 5 at-home activities for children. Before adressing the Holocaust with your children or students, don’t forget to check out these 5 guidelines for younger audiences and these 11 guidelines for older ones.

1. Visit our exhibits from your home

Visit the Museum with our app

Our three guided tours allow you to discover remarkable objects and historical documents through audio commentaries, texts and high resolution images. Learn about the history of the Holocaust through the stories of survivors who made Montreal their home. 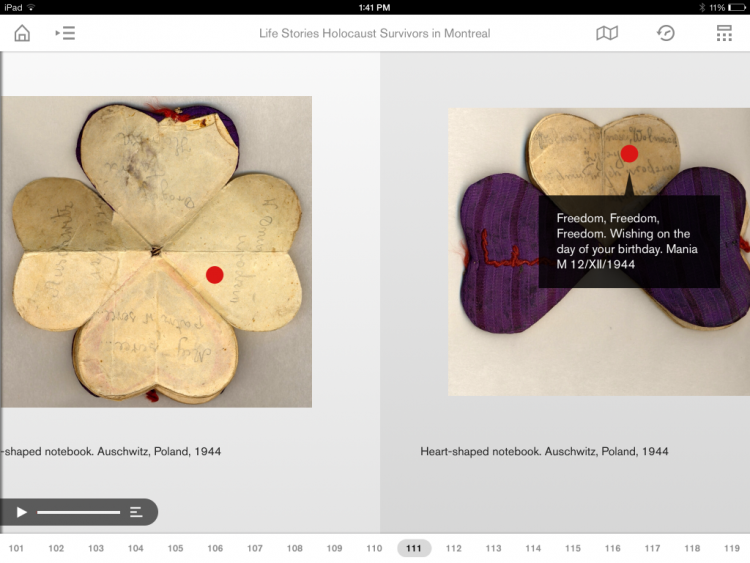 Our website Holocaust Life Stories invites you to discover the stories of 15 Holocaust survivors and one Righteous Among the Nations, as told in their own words and voices. The site includes research organized by theme (immigration, ghettos, camps, pre-war life, etc.), a complete pedagogical tool, and activities which allow children and students to listen to recordings of survivors, follow their storylines, and gain a better understanding of the history of the Holocaust. 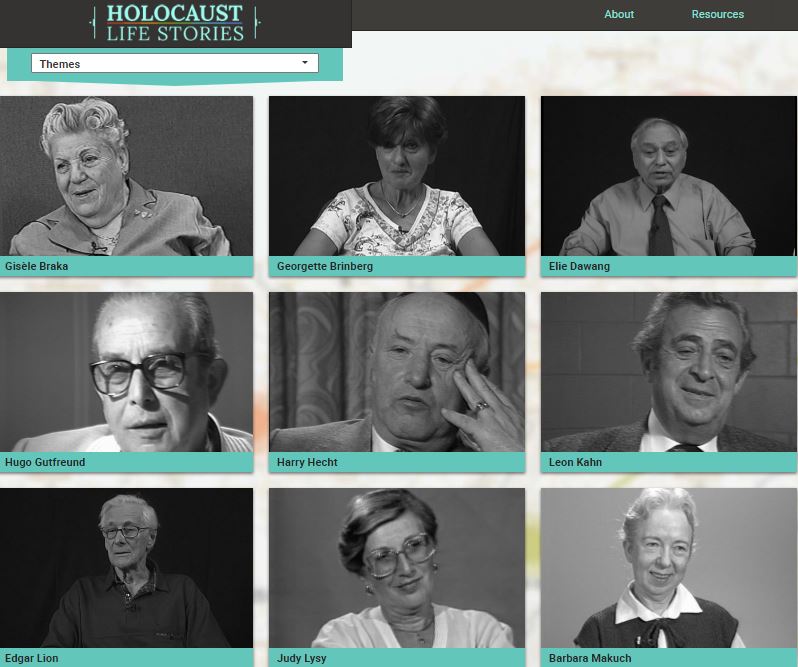 After the Holocaust, Canada became home to over 35,000 Jewish refugees. What challenges did survivors face when they arrived? Where in Canada did they settle, and who helped them find a new home, work and education? Learn about this unique history through a collection of video testimonies recorded by archives and Holocaust education organisations throughout the country. Through personal accounts, itineraries, and photographs, explore key dates of immigration, before, during and after the Second World War. Learn also about the life stories and contributions of Holocaust survivors who made their homes in communities across Canada. 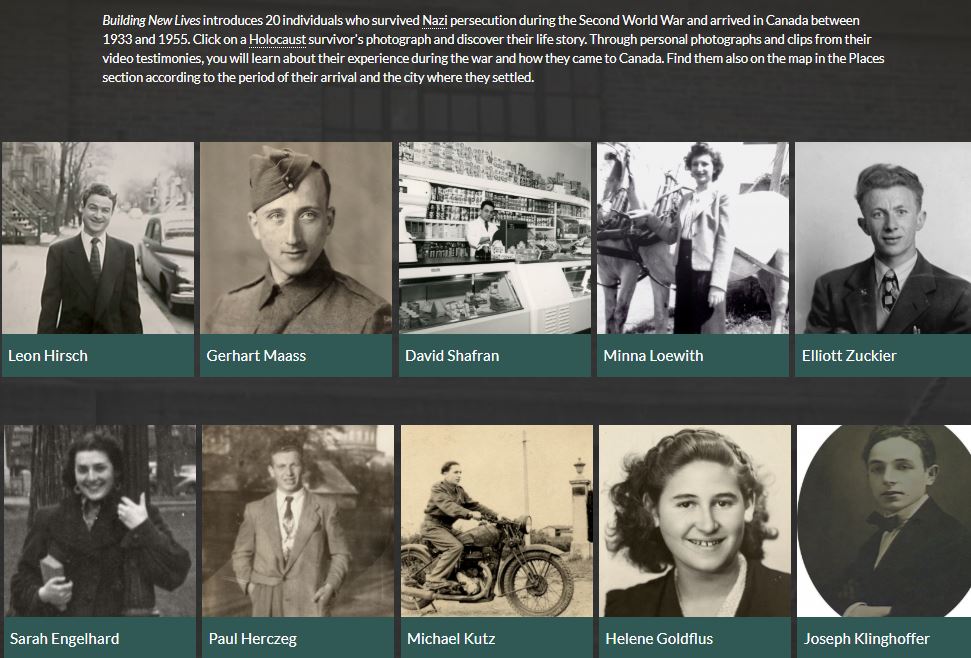 Using testimonies and rare archives, this exhibition identifies the similarities and differences between four genocides of the 20th century (the Armenian Genocide, the Cambodian Genocide, the Rwandan Genocide, and the Holocaust), and four contemporary situations where genocide is ongoing or is likely to occur (Syria, Myanmar, Burundi, South Sudan). By being more aware and more vigilant, we can work together to avoid the recurrence of genocide. This exhibition is accompanied by a pedagogical tool. 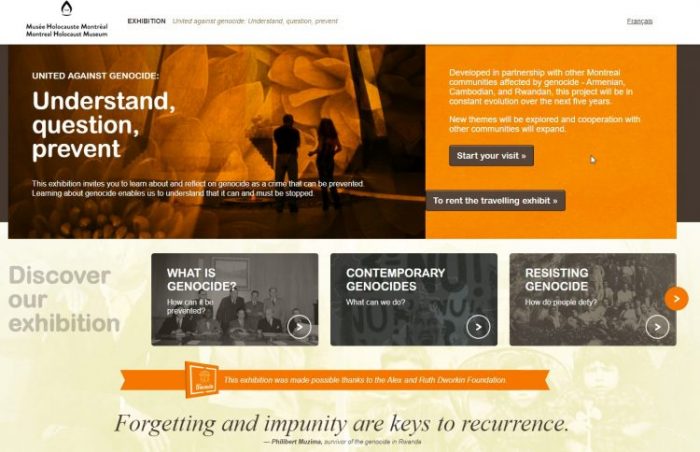 Survivor testimonies play an essential role in the transmission of Holocaust memory, but also in understanding the diversity of Jewish experience in the face of catastrophe. The Museum has made many survivor testimonies available online so that you can listen to them in the form of excerpts on our Survivors’ Stories page. 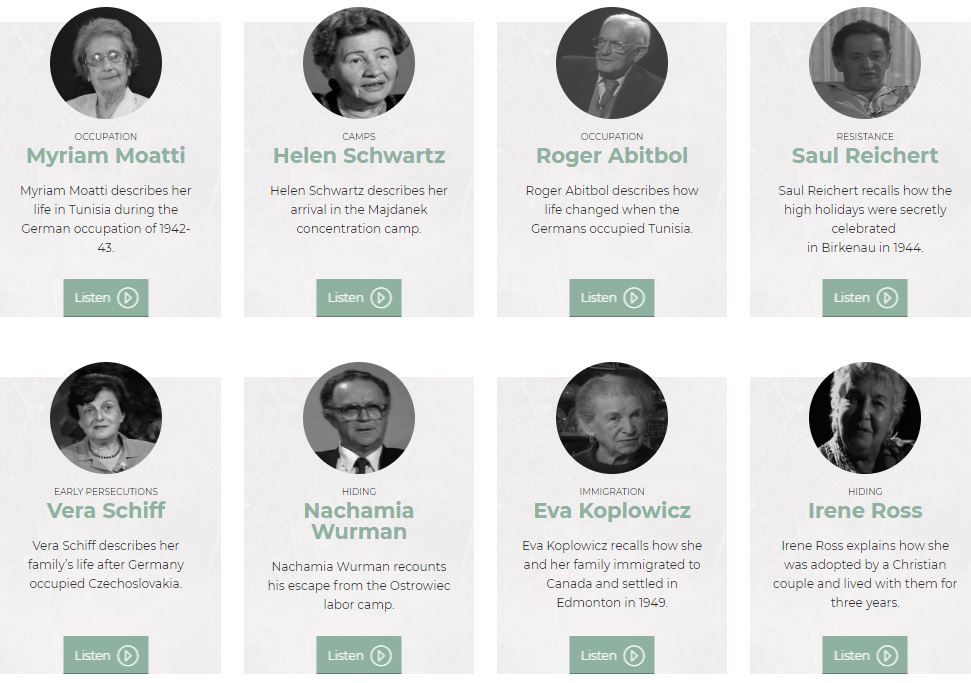 There are innumerable films about the Holocaust but they vary in quality. Here are a few classics that we recommend for family viewing:

The United States Holocaust Memorial Museum produced a documentary called The Path to Nazi Genocide. Created using archival footage, this film provides viewers with a better understanding of the Holocaust and the historical context that made it possible.

The National Geographic documentary series World War Two: The Apocalypse is a selection of declassified, colourised and restored archival footage.

The multimedia atlas The Map as History provides an explanation of the Holocaust through a series of animated maps.

Listen to a podcast

The United States Holocaust Memorial Museum has several podcasts available, but we recommend 12 Years that Shook the World, which explores the impact of the period from 1933-1945 on the world of today.

We also recommend the Holocaust Educational Trust’s 10-episode podcast series that is part of the 70 Voices: Victims, Perpetrators and Bystanders project, originally created to commemorate the 70th anniversary of the end of the Holocaust.

There are books about the Holocaust for (almost) all ages! Here are some of our recommendations:

Otto – The Autobiography of a Teddy Bear, by Tomi Ungerer – 7 years +

This illustrated book is a first-hand narrative that tells the story of Otto, a teddy bear who is separated from his Jewish owner and survives war and genocide in order to reconnect with him. While this story is fictional, it is a familiar narrative for many of the objects in our Museum’s collection, all of which have their own story to tell, such as that of Daisy Gross’s doll. 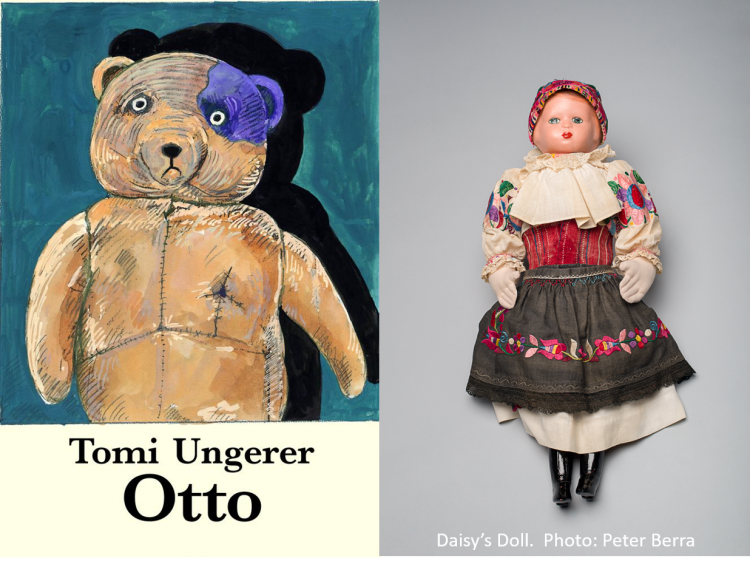 Hidden: A Child’s Story of the Holocaust, by Loïc Dauvillier with illustrations by Marc Lizano – 9 years +

In this magnificent graphic novel, a grandmother tells her granddaughter about her childhood during the Holocaust. To learn more about similar experiences, follow our virtual tour “Children and Teenagers During the Holocaust”.

Discover the story of Hana Brady, a victim of the Nazis, by following in the footsteps of Fumiko Ishioka, a Japanese teacher who wants to find out what happened to this young girl. The book is available as a digital publication through many libraries, and our pedagogical tool contextualizes the story and provides activities connected to the narrative.

This testimony by Marguerite Élias Quddus is accompanied by the author’s illustrations which explore her experience as a child hidden in France during the Second World War.

In this brief yet moving autobiographical tale, the author recounts the upheavals of a friendship between a young Jew and a young aristocrat in 1930s Germany during the rise of Nazism.

The Diary of Anne Frank, by Ari Folman and David Polonsky – 12 years +

This graphic novel adaptation of the Diary of Anne Frank is faithful to the diary written by Anne during the time that she lived in hiding from the Nazis in Amsterdam up to her arrest in 1944.

This graphic novel, which won the Pulitzer Prize in 1992, is a must for understanding the Holocaust and the effects of trauma on survivors and their families.

Recreate the gesture of an Auschwitz prisoner and discover her story of solidarity and support.

In December 1944, Zlatka Pitluk defied all that was forbidden to create a small, heart-shaped birthday card. This gift was for another prisoner in the concentration camp, a 20-year-old named Fania Fainer.

Discover the incredible story of these courageous women, as well as a tutorial for making a heart-shaped card with your children or students. We also have a complete educational guide if you want to explore the subject in more depth.

Making this card is a great way to express your emotions and send a message of hope and love! 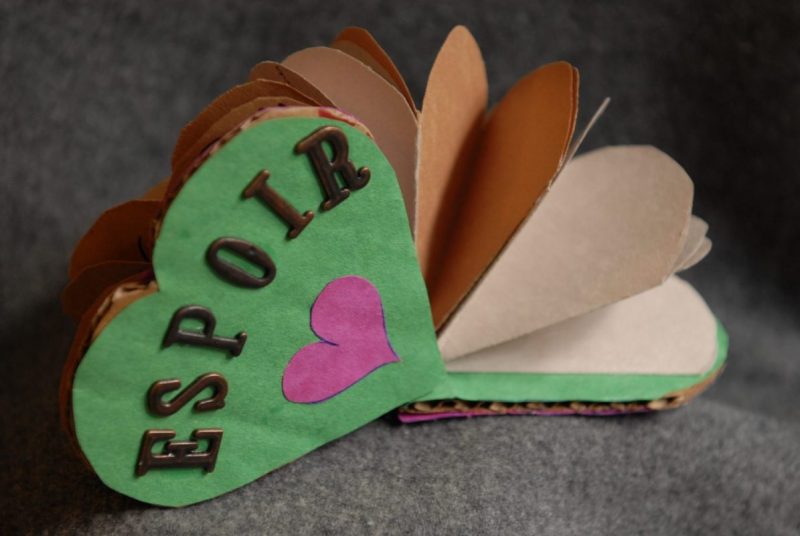 Reading a book or a graphic novel can make you want to create your own! Find all the instructions for creating a comic strip inspired by historical facts in our Draw me the Story of… The Jews in the Netherlands during the Holocaust educational guide.

We hope that these at-home activities for children have inspired you! If you have other ideas, contact us on social media or at education@museeholocauste.ca.