Oil Painting of the Theresienstadt Ghetto

Art as Means of Resistance 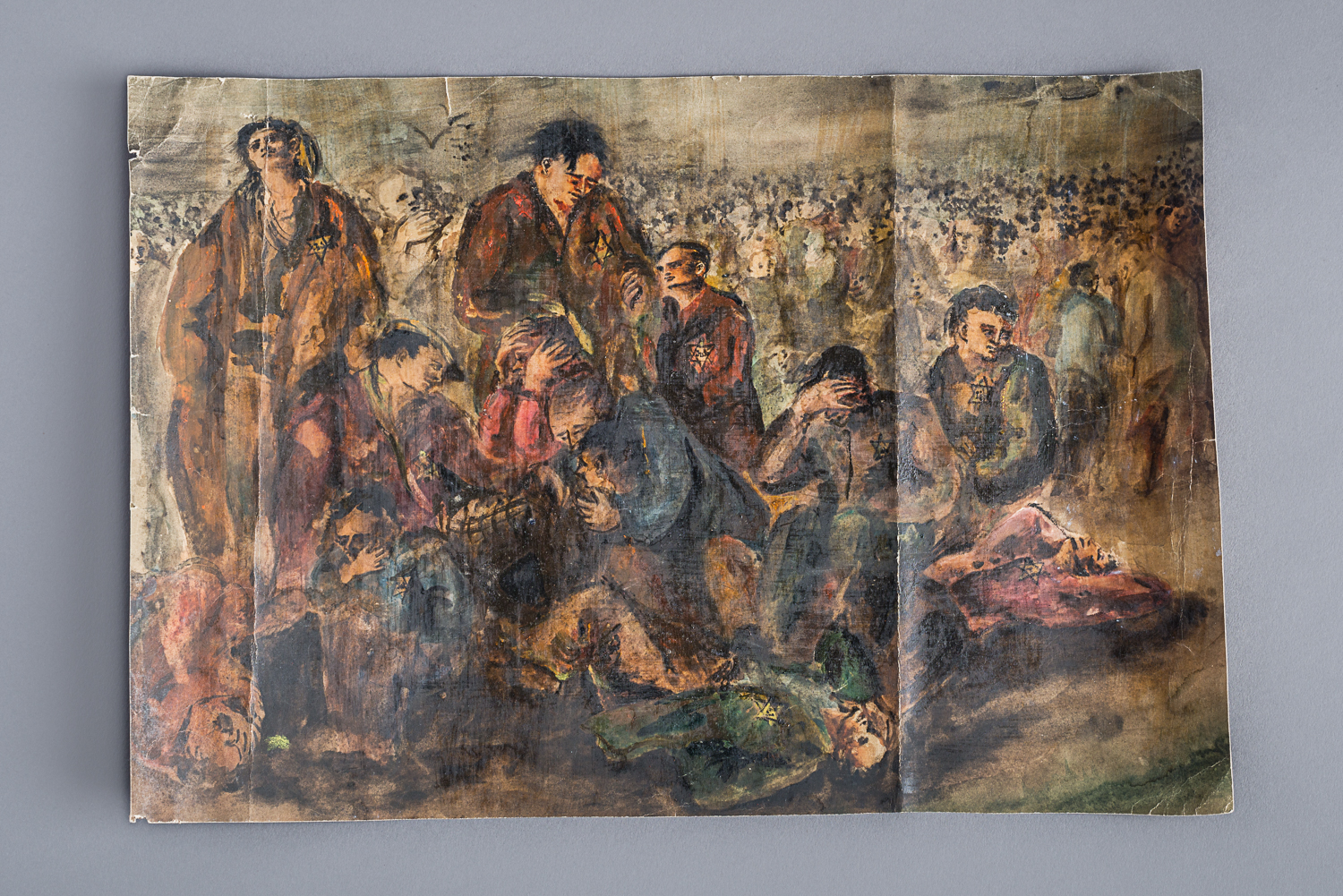 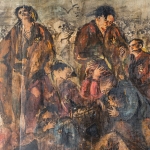 This oil painting was created secretly by an anonymous artist in the Theresienstadt ghetto. Through their expressions of pain and agony, the individuals represented in the foreground evoke the suffering of Jews in the ghetto. The yellow stars on their coats identify them as Jewish inmates.

Depicting Life in the Theresienstadt Ghetto

This oil painting was created secretly by an anonymous artist in the Theresienstadt ghetto. (Photo: Peter Berra) 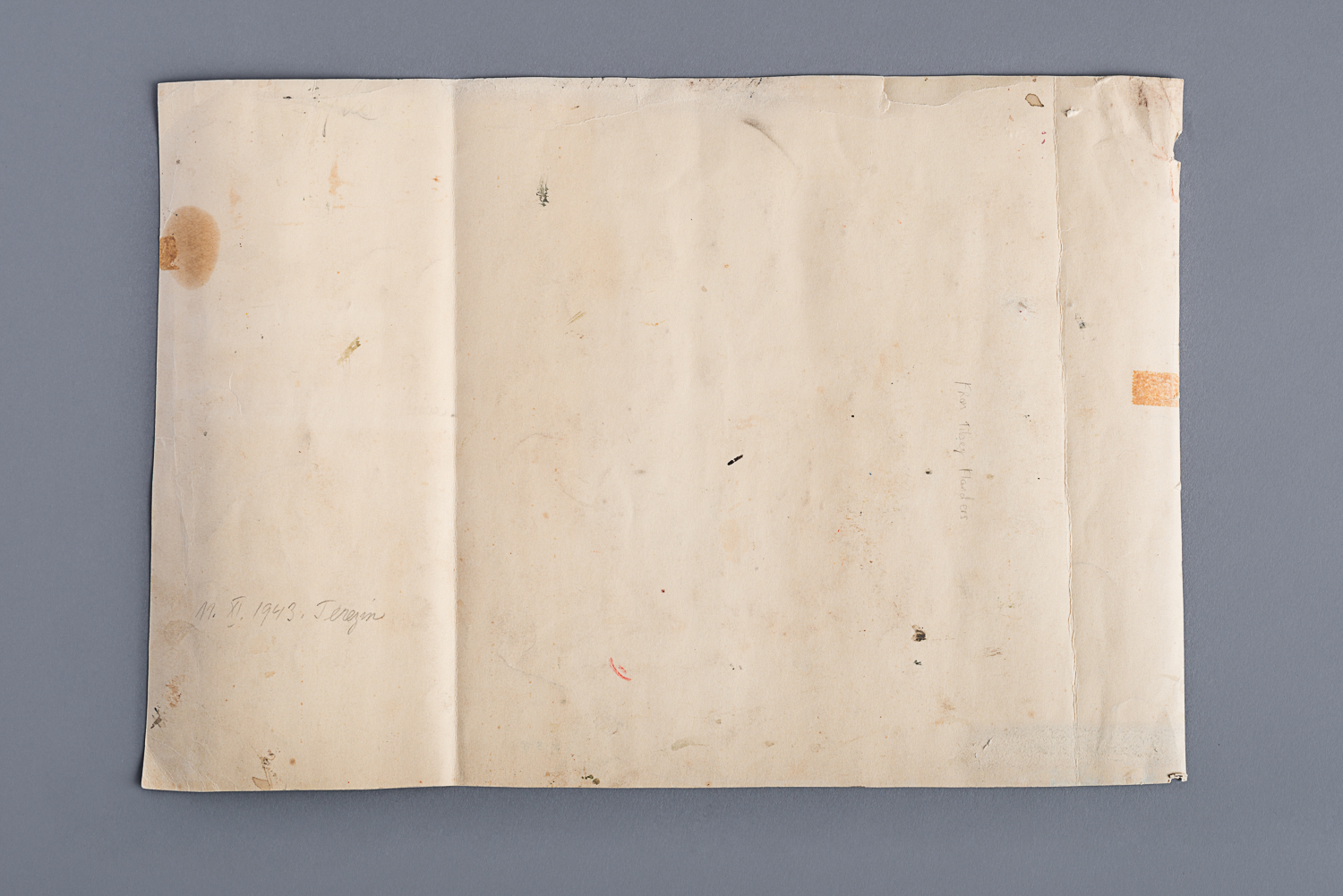 Jewish artists often used their art to document and testify to the living conditions in the ghetto. Despite the risk of being punished if their artworks were discovered, artists painted or photographed daily scenes. Many hid or smuggled their work outside with the hope that it would expose the reality inside the ghetto. Art became a way to resist and defy the ‘’official art’’ commanded by the Nazi regime for its propaganda.

The Theresienstadt ghetto was located in the Czech city of Terezin between 1941 and 1945. Approximately 33,000 people died in the ghetto while 90,000 others were deported to concentration camps in Europe.

This painting was donated to the Montreal Holocaust Museum by Tibey Rome Flanders in 1997.