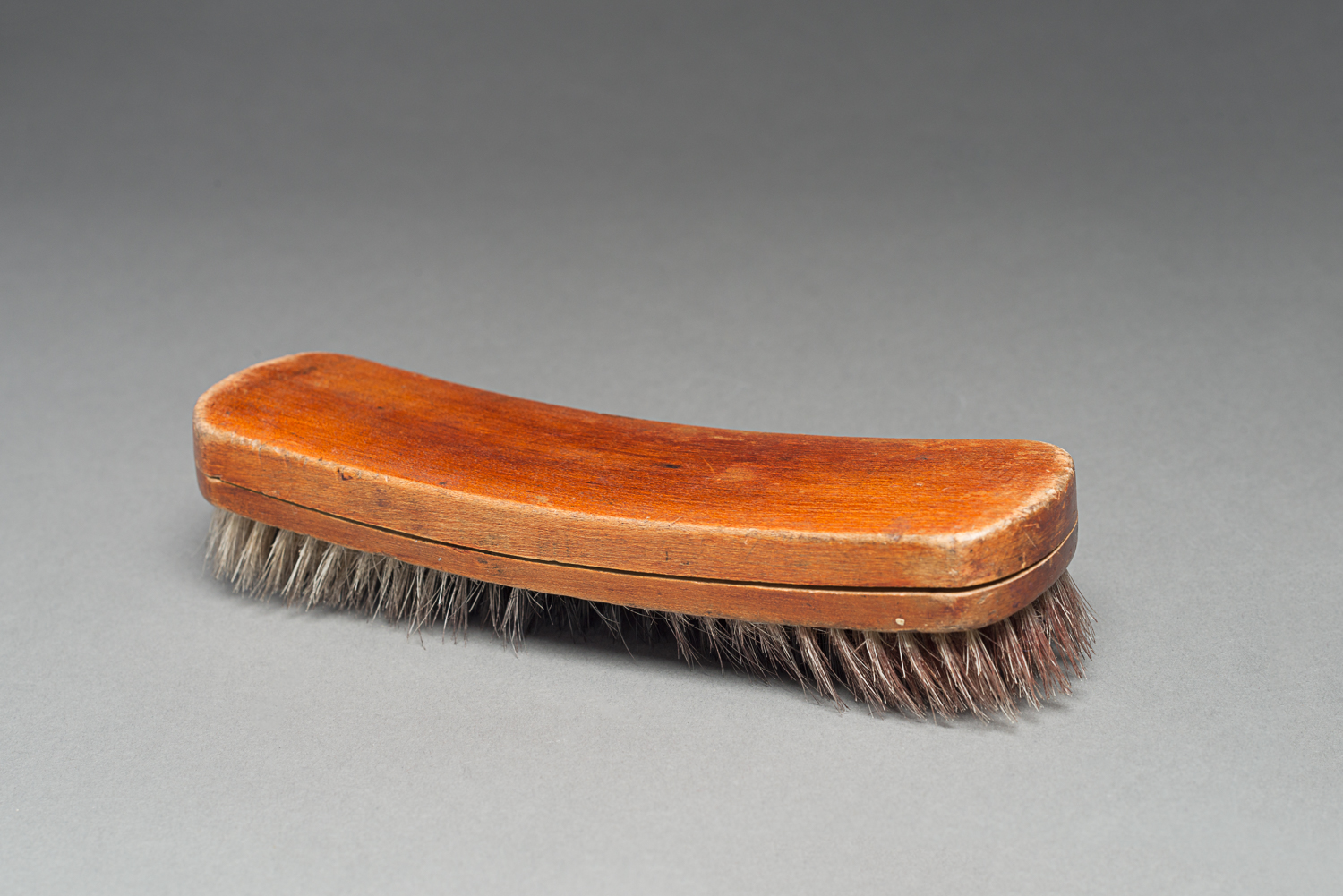 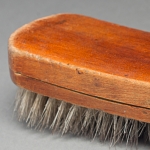 This wooden shoe brush has a secret compartment that can hide small objects and money inside it. The shoe brush belonged to Chava Favor (nee Fleischer) when she was imprisoned in a sub-camp of Mauthausen in Austria.

The shoe brush belonged to Chava Favor when she was imprisoned in a sub-camp of Mauthausen in Austria. (Photo: Peter Berra) 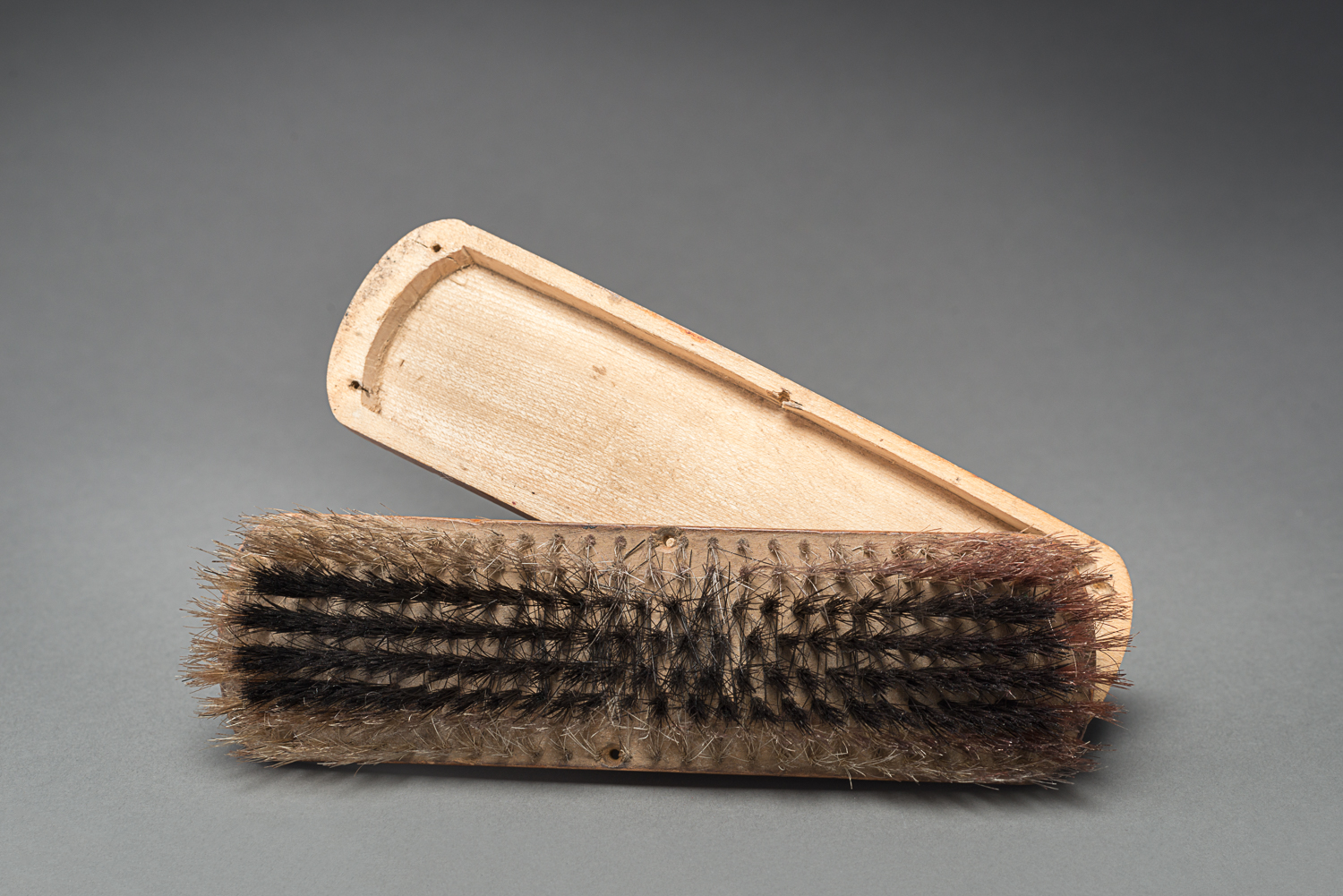 It has a secret compartment that can hide small objects and money inside it. (Photo: Peter Berra)

To Hide Money in a Nazi Camp

Chava Favor was sent to the Szeged ghetto in Hungary at the beginning of 1944. She received this shoe brush as a gift from a carpenter. In the summer of 1944, Chava hid a diamond brooch and $500 in it before being deported to Mauthausen. Having valuables to use for bartering while in the camp may have helped her to survive. Chava was later liberated from the Strasshoff camp in 1945.

Chava donated her shoe brush to the Montreal Holocaust Museum in 1987. It is now on permanent display in the Museum.