The Process of Othering 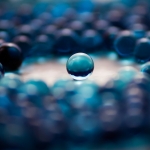 Understanding the process of othering can help better prepare us on how to take action against discrimination. In education, shedding light on the mechanisms behind the construction of “Other” will provide a deeper understanding of the context and necessary conditions which occur at the onset of genocide. It also helps us to develop a preventive response when faced with statements or practices which appear to promote discriminatory actions.

Othering is a process whereby a group of people is made to seem fundamentally different, even to the point of making that group seem less than human. This process can trigger instinctive emotional reactions towards members of that group. In many instances, othering has been used to degrade, isolate, and render possible the discrimination, abuse, or persecution of a group.

This process can therefore lead to the perception of a group as being intrinsically different, and as a result, puts up a wall between “us” and “them”.

The Us vs Them: Creating the Other pedagogical guide explores the relationship between othering, human rights violations, and the process of genocide. The guide looks at othering through the history of the Holocaust as well as the contemporary genocide of the Rohingya, a Muslim minority in Myanmar, also known as Burma.

What is the Difference Between Othering and Categorization?

Othering does not simply mean classifying individuals into categories.

Categorization is a cognitive and social process. It allows our brains to process complex information by breaking it down into categories made up of common traits.

The categorization of individuals into distinct groups also falls within the dynamics of social relationships, meaning that certain traits are socially more pertinent and require categorization. For example, we may subconsciously categorize people by skin colour; however, categories such as “white” and “black” are social constructs derived from historically racist power dynamics. 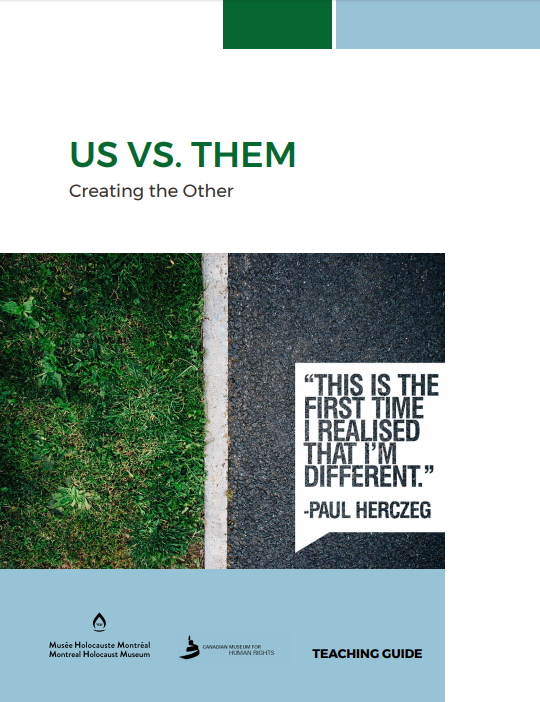 What is the Process of Othering?

Othering can be divided into two steps:

Othering does not only mean grouping individuals according to the traits that distinguish them, like differentiating Christians from Muslims or francophones from anglophones. Rather, it presents the identified group as intrinsically different than and inferior to “our” group, to “us”.

At this point, the individuals being othered are not perceived as having their own characteristics, ideas, backgrounds or desires, but are instead seen only as members of “their” group, as “Other”.

Othering is therefore a process that denies the humanity of targeted individuals, and promotes inequality, discrimination, and persecution.

The term “othering” is more commonly used in English, where it literally means to “make other”. The relational dynamics can more easily be understood when considering the concept of othering in contrast with belonging. Those who are othered are seen as not belonging to “us”. The ways in which identity is defined, and who “us” or “we” represent, is therefore central to the process of othering.

During the Holocaust as well as the genocide of the Rohingya, creating an Other – referring to, respectively, “Jew” and “illegal Bengali immigrant” – served to build a unified Us: an Aryan German nation in the former example, and a Buddhist Burmese nation in the latter.

It is important to understand that othering itself is problematic and not the differences raised by the process, nor the recognition of those differences.

Therefore, to say that some Germans are Jews or that some Germans identify as Jews is not in itself problematic. The problem lies in the construction of Jews as Other. This meant that Jews could not belong to the German “we” because the Nazi German identity excluded them. Describing Jews as foreign and inferior justified their subsequent discrimination, persecution, and murder.

The Importance of Prevention

In August 2019, the UN Secretary-General’s Special Adviser for the Prevention of Genocide, Adama Dieng, stated that hate crimes begin with hate speech. In other words, genocide prevention requires particular attention to the normalization of hate speech which targets specific minorities, and therefore promotes their discrimination and persecution.

Of course, the importance of addressing racism and othering in the classroom cannot be reduced only to the role they play during genocide.

Othering reinforces racism and hate speech which, in itself, runs counter to the respect for human rights and for a society that promotes equality, justice, and freedom for all, in spite of our differences.

In a multicultural society, taking action against othering does not mean suppressing or ignoring people’s differences. Rather, it means inclusivity for all in celebration of those differences, and fighting against discrimination.

At the Montreal Holocaust Museum, our pedagogical approach is guided by the desire to create better citizens. This means raising awareness of the respect for human dignity and the importance of fighting discrimination and different forms of hate by protecting our rights and the rights of others.

Us and Them: From Prejudice to Racism exhibition at the Musée de l’Homme

Us vs Them: Creating the Other pedagogical guide by the Montreal Holocaust Museum and the Canadian Museum for Human Rights