A Piece of Clothing Hidden During the War 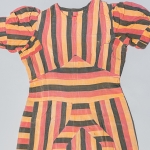 This short dress with vertical and horizontal stripes belonged to Sonia Smolnik. She lived in Vilnius, Poland (today Lithuania), before the war. When her family was forced to leave their house, Sonia hid the dress in a barrel.

A Dress Hidden During the War 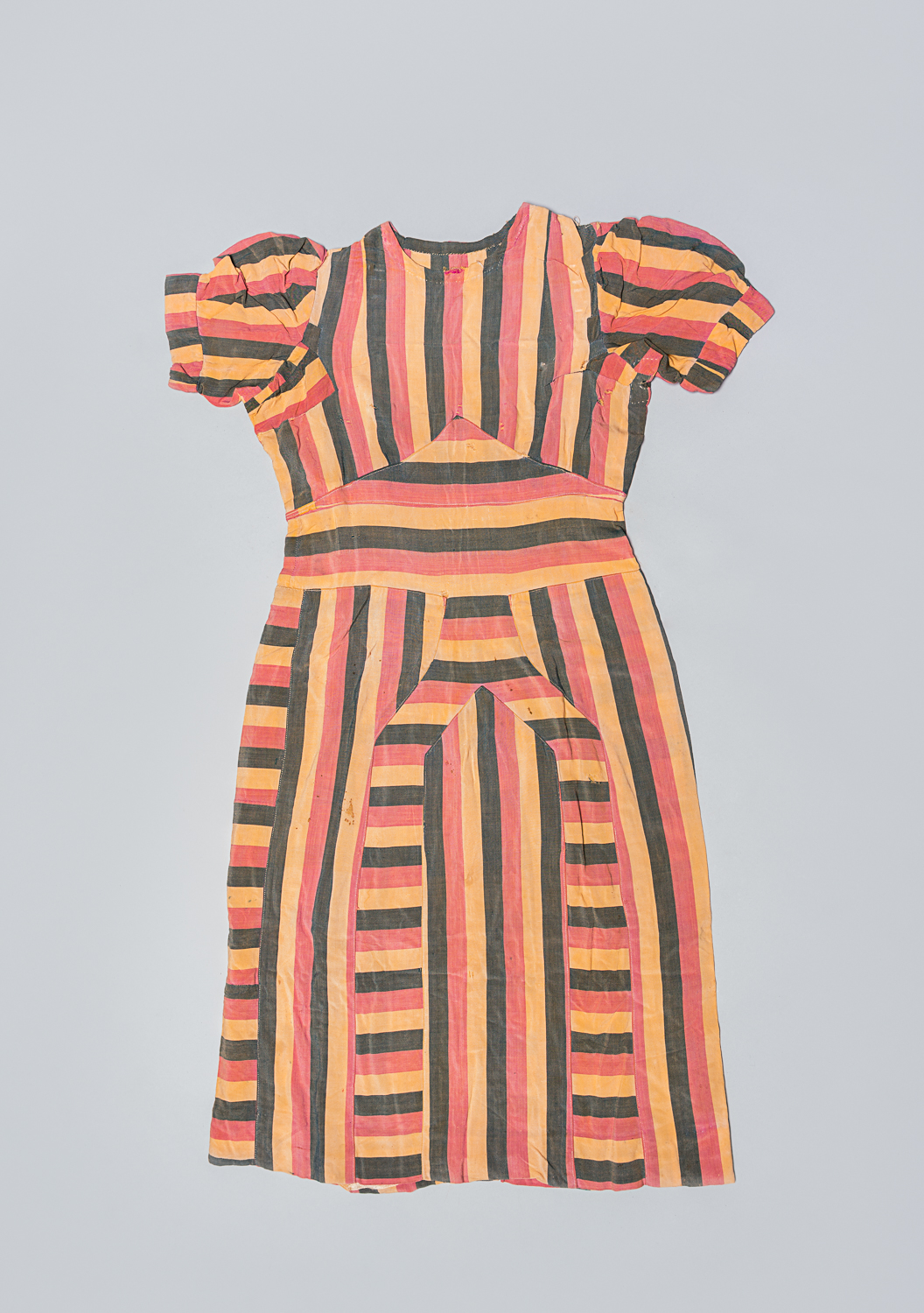 This dress belonged to Sonia Smolnik. When her family was forced to leave their house, Sonia hid the dress in a barrel. (Photo: Peter Berra) 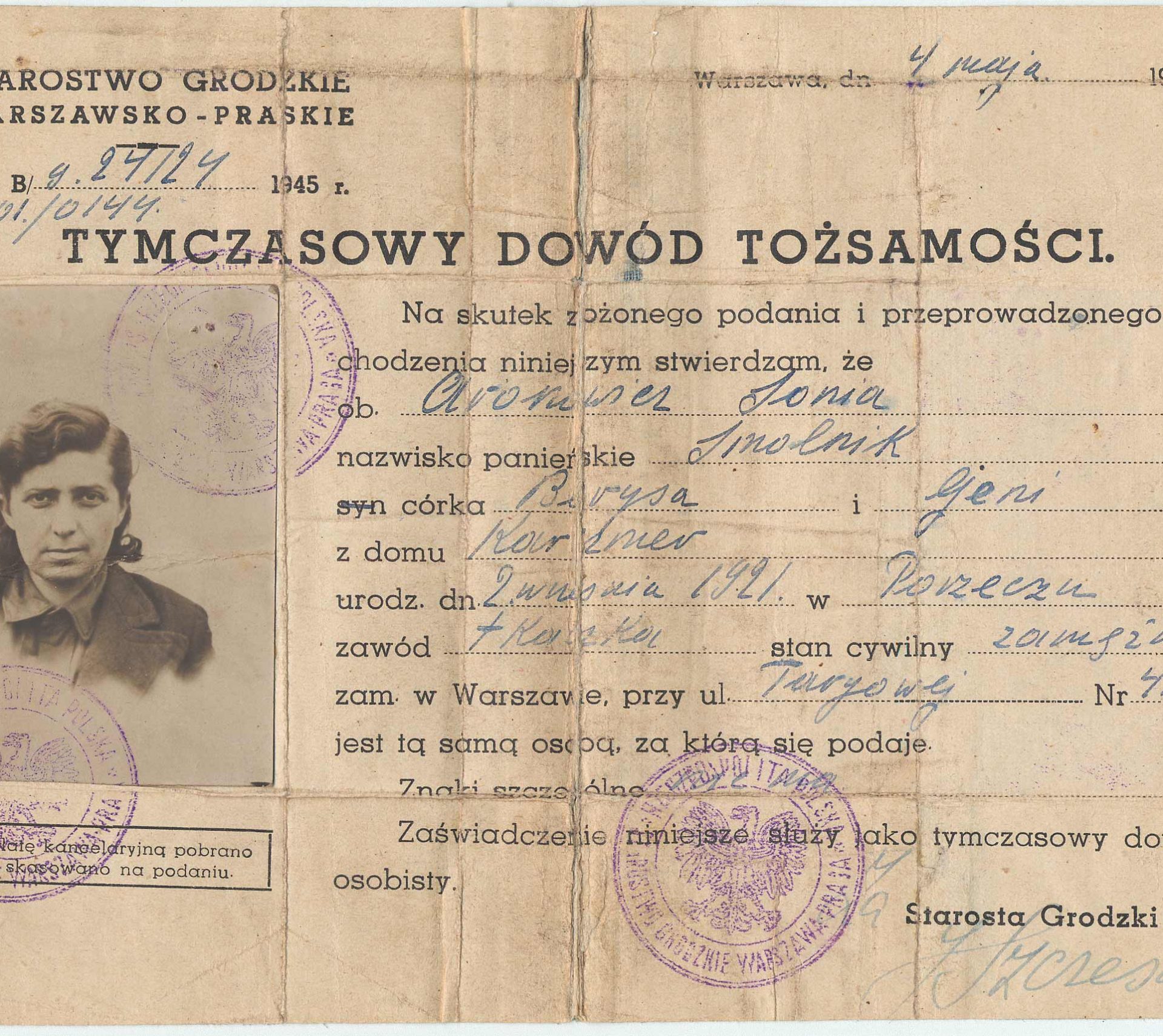 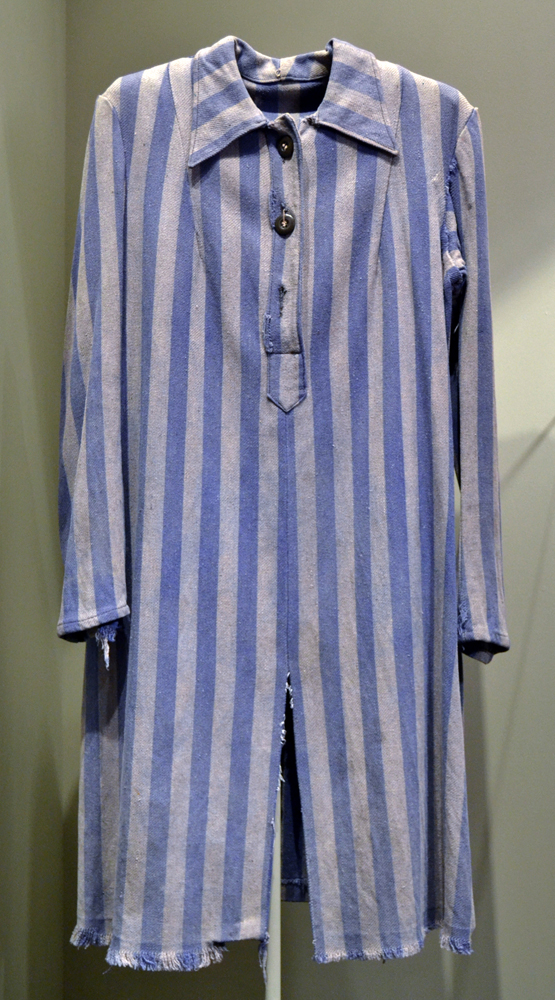 Sonia’s prisoner uniform, displayed in the permanent exhibit of the Montreal Holocaust Museum.

Sonia and her husband Misha Aronowicz owned a store in Vilnius when the German army invaded the region. Like all Jews in the town, Sonia and her family were forced to move into a ghetto. In 1943, the ghetto was liquidated and men and women were separated. It was the last time Sonia saw her husband and younger brother Ariye.

Sonia was deported with her friends Miriam and Minya to various forced labour camps. The women vowed to stay together no matter what happened, which gave them strength. In January 1945, their camp was evacuated. Sonia was forced on a death march and later liberated by the Soviet army near Pomorze, Poland.

After the war, Sonia returned to her family home and retrieved her belongings, including this dress. She eventually remarried and immigrated to Montreal.

Her daughter, Naomi Tencer, donated this dress to the Montreal Holocaust Museum in 2003.