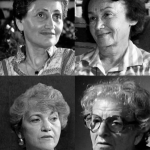 (Film in English with French subtitles) From June 3 to 6, 2019, join us at the Cinémathèque Québécoise for the screening of Claude Lanzmann’s four-part documentary, Four Sisters. To make this film, Lanzmann drew on the impressive amount of images and recordings left behind from Shoah, and gathered testimonies from four survivors. 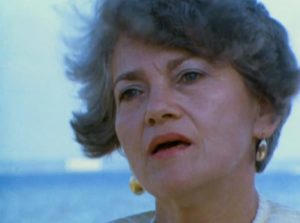 There are still many archives, diaries and even some pictures of the Lodz ghetto, but very few survivors’ testimonies. Paula Biren’s story is all the more exceptional as she was part of the female police force of the ghetto.

Out of the hundreds of ghettos dotting the Polish countryside, that of Lodz was the most “durable.” It was steered with an iron fist by Chaim Mordechai Rumkowski, president of the council of elders, called “King Chaim”, a man convinced that he could save part of the community by transforming them into labour force in service of the Germans.