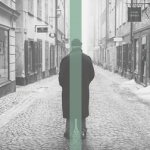 Join us for a unique presentation by author Philippe Sands and pianist Guillaume de Chassy. Sands, an international human rights lawyer and professor, will speak about his award-winning book, East West Street: On the Origins of “Genocide” and “Crimes Against Humanity”.

The evening will include the author’s personal exploration of the origins of modern justice, interspersed with images and musical excerpts by Bach, Beethoven, Rachmaninov, Misraki and Leonard Cohen, interpreted by Guillaume de Chassy (piano).

“East West Street looks at the personal and intellectual evolution of the two men who simultaneously originated the ideas of “genocide” and “crimes against humanity,” both of whom, not knowing the other, studied at the same university with the same professors, in a city little known today that was a major cultural center of Europe, “the little Paris of Ukraine,” a city variously called Lemberg, Lwów, Lvov, or Lviv. It is also a spellbinding family memoir, as the author traces the mysterious story of his grandfather, as he maneuvered through Europe in the face of Nazi atrocities.” (Penguin Random House) This event is organized in partnership with the Jewish Public Library and made possible by the Paul and Babey Trepman Memorial Fund.