How to Confront Online Racism? 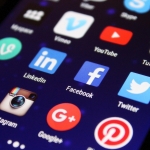 In this article, you will find tips, links and resources to deal with online racism .

The rise of intolerant, xenophobic and racist discourse that we see in politics and mass media is exacerbated and particularly visible on the Internet and social media. In 2017, a Canadian study showed that racist, Islamophobic, sexist or otherwise intolerant language had increased by 600% in only one year*. In Canada, 8 out of 10 young people say that they often or sometimes encounter racist comments on social media**.

The Internet should not be a medium where racism can spread with impunity.

Regardless of where it is expressed, whether online or offline, we must combat racism so that everyone can truly benefit from equal rights and freedoms.

Ignoring the problem is not a solution. It is time for action and solidarity. A racist comment is not innocent. It perpetuates social stigma which goes against the idea of a just and equal society. This type of speech further polarizes our society and creates a climate of insecurity for the targeted individuals and groups.

*Source: “Canadians appear to be more hateful online. Here’s what you can do about it ”, CBC, 2017

The line between freedom of speech and hate speech is not always obvious. However, in Canada, individuals cannot express whatever they want publicly.

Canadian courts ruled that reasonable limits on freedom of expression can be set for the purpose of combating hate speech. The limitations placed on freedom of speech must, however, be carefully examined.

Under sections 318 and 319 of the Criminal Code, it is a crime in Canada to encourage genocide, to incite hatred and to intentionally promote hatred against a group identifiable by its color, race, religion, national origin or ethnic, age, sex, sexual orientation or mental or physical disability.

Under section 320.1 of the Criminal Code, a judge has the power to order the removal of hate propaganda from a computer. However, this provision has very rarely been used.

Hate speech can spread more freely on the web than on other media, such as television and radio that are subject to the Broadcasting Act. The latter prohibits the broadcasting of abusive comments likely to expose individuals or groups to hatred on the basis of a prohibited ground of discrimination.

There is a legal difference between a hate crime and a hate incident. Both are motivated by prejudices and stereotypes, but the former involves criminal activity. Whether or not they fall within the purview of the justice system, all hateful acts must be denounced and combated, including those on the Internet.

Hate incident: a non-criminal act that affects the sense of safety of a person or an identifiable group of people and that, given the context, is perceived as an act targeting the person or the group due to their race, national or ethnic origin, language, colour, religion, sex, age, sexual orientation or  physical or intellectual disability, amongst others.*

Hate crime: a criminal act motivated by or suspected to be motivated by prejudice or hatred towards an individual or group based on factors such as race, national or ethnic origin, language, colour, religion, sex, age, sexual orientation, gender identity or expression, or intellectual or physical disability.**

2.   What are the duties of online stakeholders?

The Anti-Defamation League has identified the best practices for responding to cyberhate:

The community on the Internet should:

The Anti-Defamation League has also listed the web giants’ policies  on hate. You can therefore use their definition to report hateful content and to encourage them to enforce their policies.

If you know someone who is the author of racist content online, the best approach may be to contact them in private rather than engaging in a public confrontation. Otherwise, they may get defensive and try to defend their position rather than reflecting on it.

Whether you know the author or not, you are perfectly entitled to defend yourself publicly if you feel attacked.

To begin with, you can ask a question to clarify the author’s position. Sometimes, comments are short and can be interpreted in different ways. By asking a question, you may be able to better understand the person’s position and tailor your response accordingly.

Asking a question can focus the discussion on facts rather than racist prejudices and stereotypes. For example, if someone is talking about “an invasion” in reference to immigration, you can ask them how many immigrants are admitted annually in Quebec. From 2010 to 2018, Quebec received about 50,000 immigrants a year with a population of over 8 million.

You can state facts in order to challenge racist comments. For example:

You can share links to reliable sources. These may include studies or government reports, articles written by professional journalists, official statistics, and so on. You can then leave the conversation knowing that you have contributed to public education while also protecting yourself.

Always keep self-protection in mind and adopt self-care practices. It is important to set your personal boundaries so as not to be dragged into exchanges that end up being hurtful. Responding must be empowering and not emotionally overwhelming. The emotional burden on the author and the target is fundamentally different. The target may come out hurt and deeply angry from an exchange with the person who is the author of a racist message. Meanwhile, the author may, have enjoyed hurting or making their target angry. It is therefore key to know when to shut down a conversation for your own well-being. For example, you could limit yourself to two comments.

The burden of responding to racist content should not rest simply on the people targeted. Witnesses can also show solidarity and support in different ways:

Source* : “Canadians appear to be more hateful online. Here’s what you can do about it”, CBC, 2017 ; “Confronting Hate Online”, Anti-Defamation League, 2014

If you are a witness or a victim of a hate crime:

If you are a witness or a victim of a hate incident:

If you plan on reporting online racism to the authorities, write down as much information as you can:

5.   How can you report hateful content on social media?

Learn more about the terms of services and the community guidelines. It is generally stated that hate speech and racism are prohibited. We must therefore ensure that social media uphold their responsibilities. Mechanisms are available for users to report hate content on social media. Here are the steps to follow for the main social media:

6.   How can web giants be made to strengthen their actions against hateful content?

In 2018, Germany passed the “NetzDG” law that forces social media corporations to remove fake news and hateful content on their platforms. As soon as a user alerts Twitter, for example, the corporation has 24 hours to respond, otherwise they face a fine of up to 50 million euros.

First, it is difficult to define what constitutes a hate message. Artificial intelligence is not yet able to adequately identify hateful content.  It is therefore the moderators’ role to identify hate content. The law puts pressure on social media companies, which can lead to abuse. According to Human Rights Watch, this law therefore violates the right to freedom of speech. Social media companies are not only encouraged to delete comments, but users cannot even appeal the decision. This type of law also opens the door to a drift towards authoritarianism. It creates a precedent for states seeking to restrict freedom of speech, providing them with the opportunity to turn social media providers into the censors of artists, political opponents, journalists and so on.

Secondly, such coercive measures may foster a rhetoric that is central to contemporary racism. This rhetoric states that whites are victims of politically correct elites and minorities. In Germany, the far-right party AfD has capitalized on this legislation by denouncing political correctness. Its representatives speak, for example, of a “DDR 2.0”, a reference to Stasi censorship at the time of East Germany. The extreme right can therefore use such legislation to play the victim and attract sympathy.

In Canada, the Center for Israel and Jewish Affairs (CIJA) launched the #NotOnMyFeed campaign. This campaign calls on the Government of Canada to develop a national strategy to protect Canadians from online hate while preserving freedom of expression.

7.   What are examples of pedagogical tools for e-citizenship education?

SOMEONE (SOcial Media EducatiON Every day) is a web portal of multimedia materials created to sensitize youth, educators, and the broader public to online hate. It aims to counter hate speech and radicalization by developing digital literacy and critical thinking skills.

Seriously is a collaborative platform whose goal is to help the public defuse hate speech online. It provides factual data to develop rational and critical debate, psychological support, and resources to help users support their arguments. It provides advice according to the type of message: Islamophobic, antisemitic, racist, sexist, anti-LGBTQ, xenophobic, fake news, and others. As this is a French platform, some of the data provided is France-specific.

MediaSmarts, Canada’s Center for Digital and Media Literacy, offers an educational kit on hate and discrimination in the media and on the Internet. It is intended for teachers, students, police officers as well as the general public. One section focuses specifically on Internet hate propaganda. There are educational resources adapted to different grade levels as well as a “Facing Online Hate” tutorial.

In the spring of 2019, the European Commission will launch the SELMA Toolkit. The SELMA (Social and Emotional Learning for Mutual Awareness) project aims to address the problem of online hate by empowering young people to become agents of change.

The CPRLV provides a prevention and awareness activity to counter online hate speech. The workshop is based on the WediActivists game that was designed as part of the No Hate Speech Youth Campaign.

Centre for the Prevention of Radicalization Leading to Violence