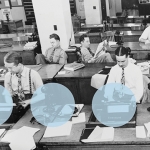 In honour of International Holocaust Remembrance Day, join us at the Museum to learn more about the genocide of the Jews during World War II.

Who is the author, Monique Polak?

“In addition to teaching English and Humanities at Marianopolis College in Montreal, Monique is an active freelance journalist whose work appears frequently in The Montreal Gazette and in Postmedia newspapers across the country.” She has written over 20 novels for young adults, and is a two-time winner of the Quebec Writers’ Federation Prize for Children’s and YA Literature. (Monique Polak)