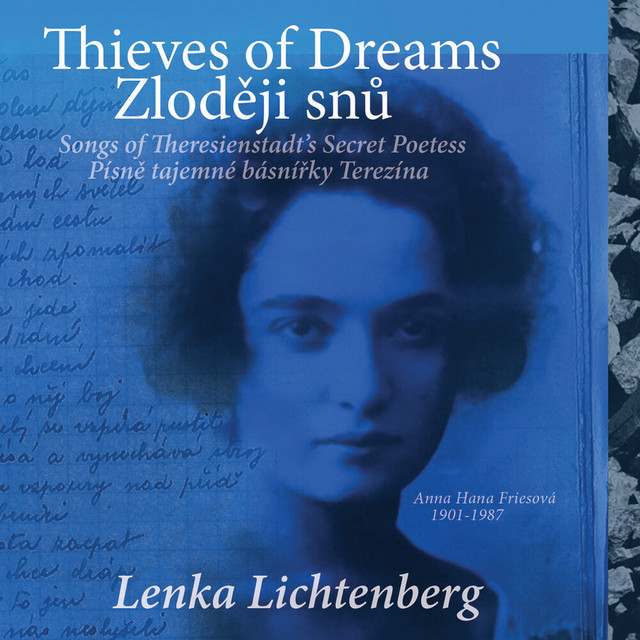 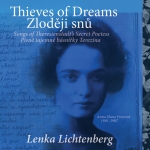 The Montreal Holocaust Museum is proud to partner with Congregation Dorshei Emet on their annual Shabbat Shira concert. This year, you are invited to attend the Quebec premiere performance of LENKA LICHTENBERG’S THIEVES OF DREAMS: SONGS OF THERESIENSTADT’S SECRET POETESS, on Saturday, February 4 at 7:30PM at Dorshei Emet.

Award-winning performer Lenka Lichtenberg’s grandmother Anna Hana Friesová was a well-educated artist from an assimilated Czech family. Lichtenberg grew up unaware of her grandmother’s talent and it was only when her mother passed away that she discovered a treasure among her possessions: two worn notebooks filled with poems that Anna Hana wrote between 1940-1945, just before and during her incarceration in the Theresienstadt concentration camp. Stunned by the intensity of her words, the erudite vocabulary, the raw and often disturbing honesty, Lichtenberg put her grandmother’s powerful words to music. The critically acclaimed album has risen to the top of the European World Music Radio charts.

Preview tracks from the album

“Thieves of Dreams: Songs of Theresienstadt’s Secret Poetess,” Lichtenberg’s latest album, turns the poems Friesová, a Holocaust survivor, wrote while imprisoned in Theresienstadt concentration camp into lyrics. What results is hauntingly beautiful music which speaks both to the horror and grief of the Holocaust and to the enduring, hopeful resilience of the women in Lichtenberg’s family.” (Kveller)