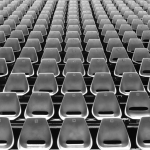 On the International Day for the Elimination of Sexual Violence in Conflict, discover the story of the young lawyers and women survivors of the Genocide of the Tutsi in Rwanda who succeeded in establishing rape as a war crime for the first time. Join us for the Montreal premiere of The Uncondemned and a discussion.

“The Uncondemned tells the gripping and world-changing story of a group of young international lawyers and activists who fought to make rape a crime of war, and the Rwandan women who came forward to testify and win justice where there had been none. Up until this point, rape had not been prosecuted as a war crime and was committed with impunity. A courtroom thriller and personal human drama, “The Uncondemned” beautifully interweaves the stories of the characters in this odyssey, leading to the trial at an international criminal court–and the results that changed the world of criminal justice forever.” (The Uncondemned)

Watch the trailer for the documentary:

The Power of Testimony

Following the screening (the film is in English only), there will be a bilingual discussion about the power of witness testimony and its important role in realizing justice. Speakers will include Athanasie Mukarwego, survivor of the genocide of the Tutsi in Rwanda, Azra Rashid, human rights researcher, journalist and filmmaker and moderator, Frédéric Mégret, author and Associate Professor of Law at McGill University.