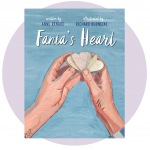 Join us at the launch of Fania’s Heart, a new children’s book written by Anne Renaud and illustrated by Richard Rudnicki. The book is based on the remarkable true story of the object in the Montreal Holocaust Museum. The Story behind Fania’s Heart

“Ten-year-old Sorale discovers a tiny heart-shaped book among her mother’s belongings. Its pages are shaped like four-petaled flowers, upon which are written words in languages Sorale does not understand. Who wrote these words? Where did the heart come from? Why has her mother never mentioned this tiny book before?”

“Fania’s Heart reveals the true story of the crafting of the heart, against all odds, within the confines of Auschwitz, and of the women of immeasurable resilience, courage, and loyalty who risked their lives for Sorale’s mother, their friend.” (Second Story Press)

The Artefact in the Montreal Holocaust Museum

This heart-shaped booklet is a birthday card. Its cover is made of purple fabric with an “F” embroidered in orange thread, and the sheets were glued together using a mix of bread and water. The booklet’s eight pages are filled with birthday wishes addressed to Fania. She received it on her 20th birthday, December 12, 1944, in Auschwitz. (Photo: Vadim Daniel) 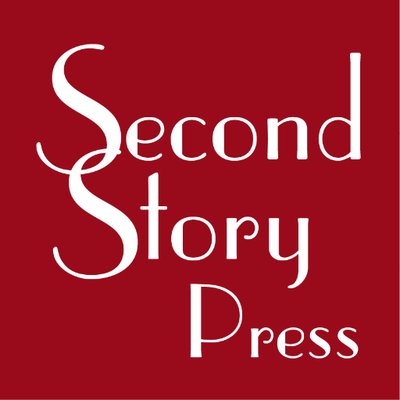