This project guides students as they create a history-based graphic novel about the experiences of Jews in the Netherlands during the Holocaust that illustrates the impact of antisemitism and anti-Jewish measures on individuals. Students will analyze historical documents and practice using the historical method.

The Draw me the story of the Jews in the Netherlands during the Holocaust pedagogical activity is available online free of charge. Click on the download links at the bottom of this page for the activity that corresponds to your province’s curriculum.

A print version of this activity is available free of charge* for Quebec teachers by filling out the pre-reservation form. You will receive: 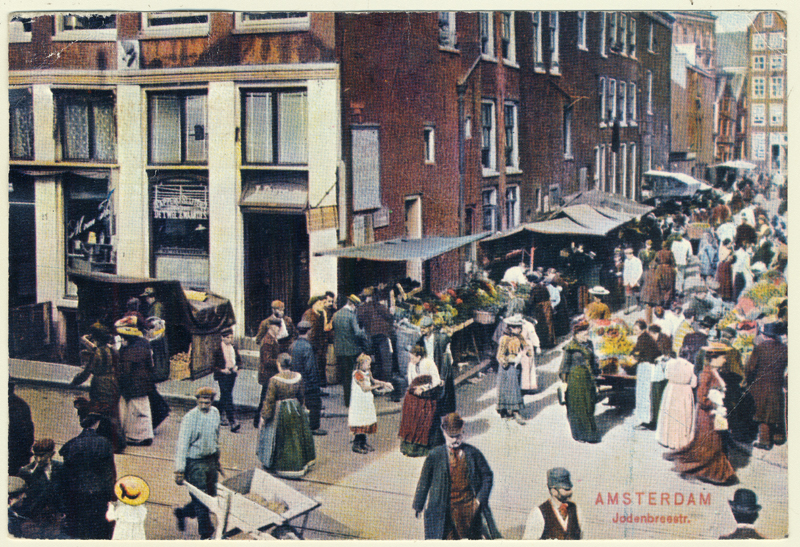 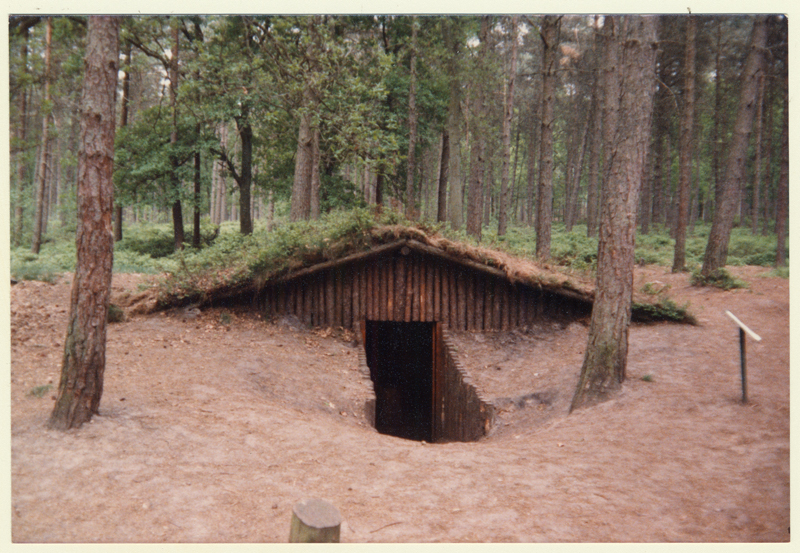 Photo of the secret underground village of Nunspeet, where many Jews, and Russian or English soldiers hid. 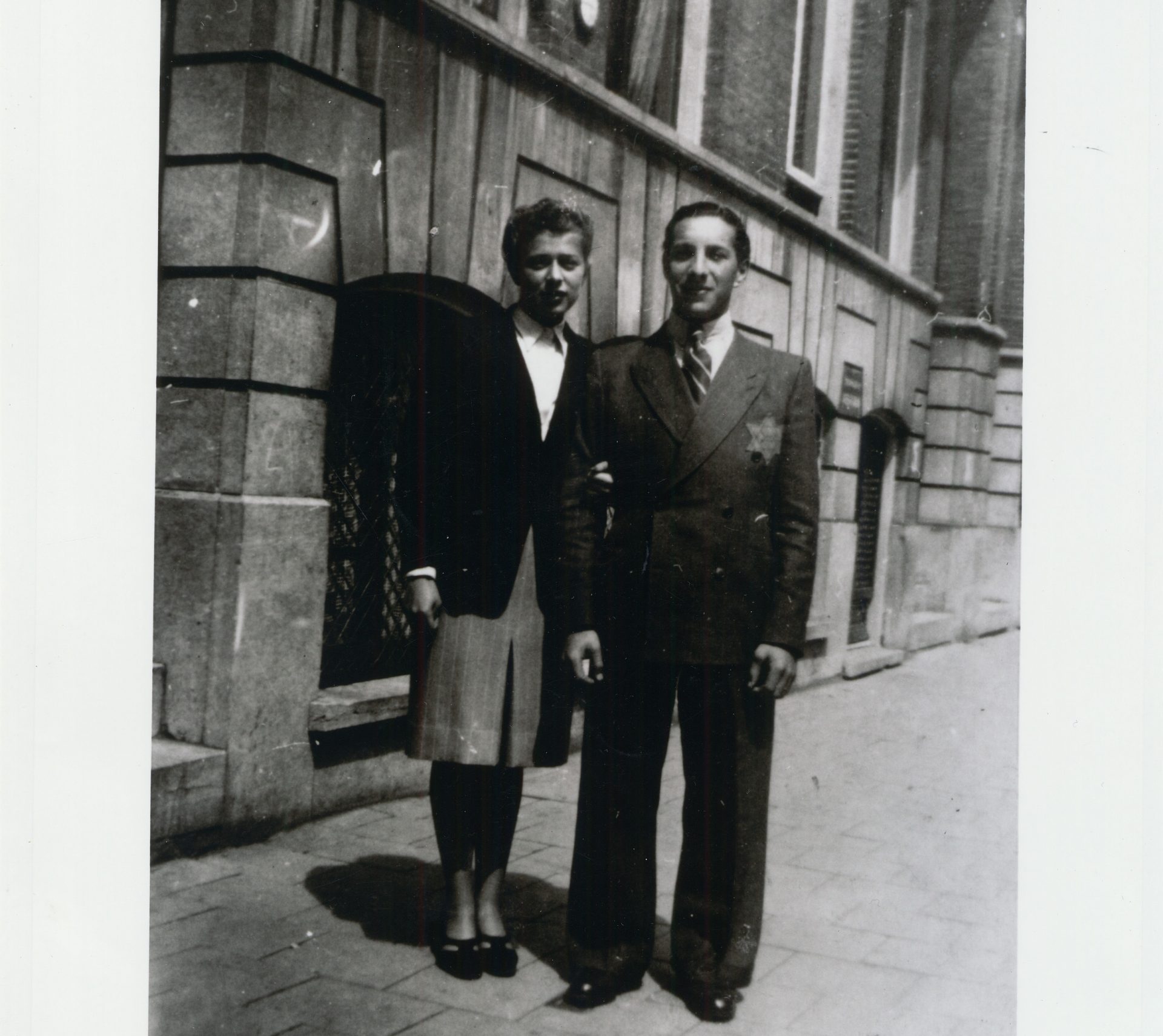 Samuel Schryver and his fiancée Jetty de Leeuw in Amsterdam’s Jewish quarter in 1943. The yellow star is visible on the young man’s suit. 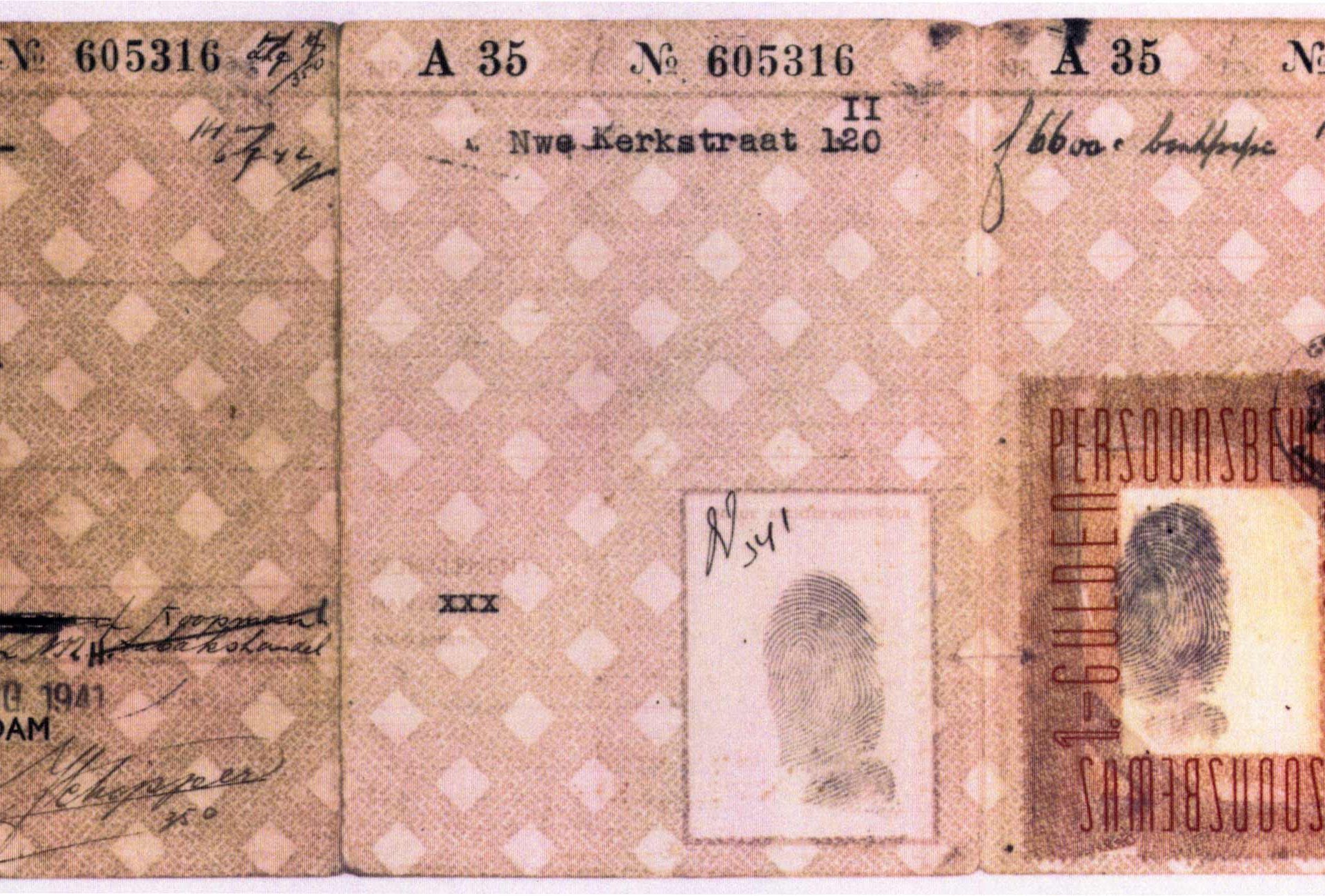 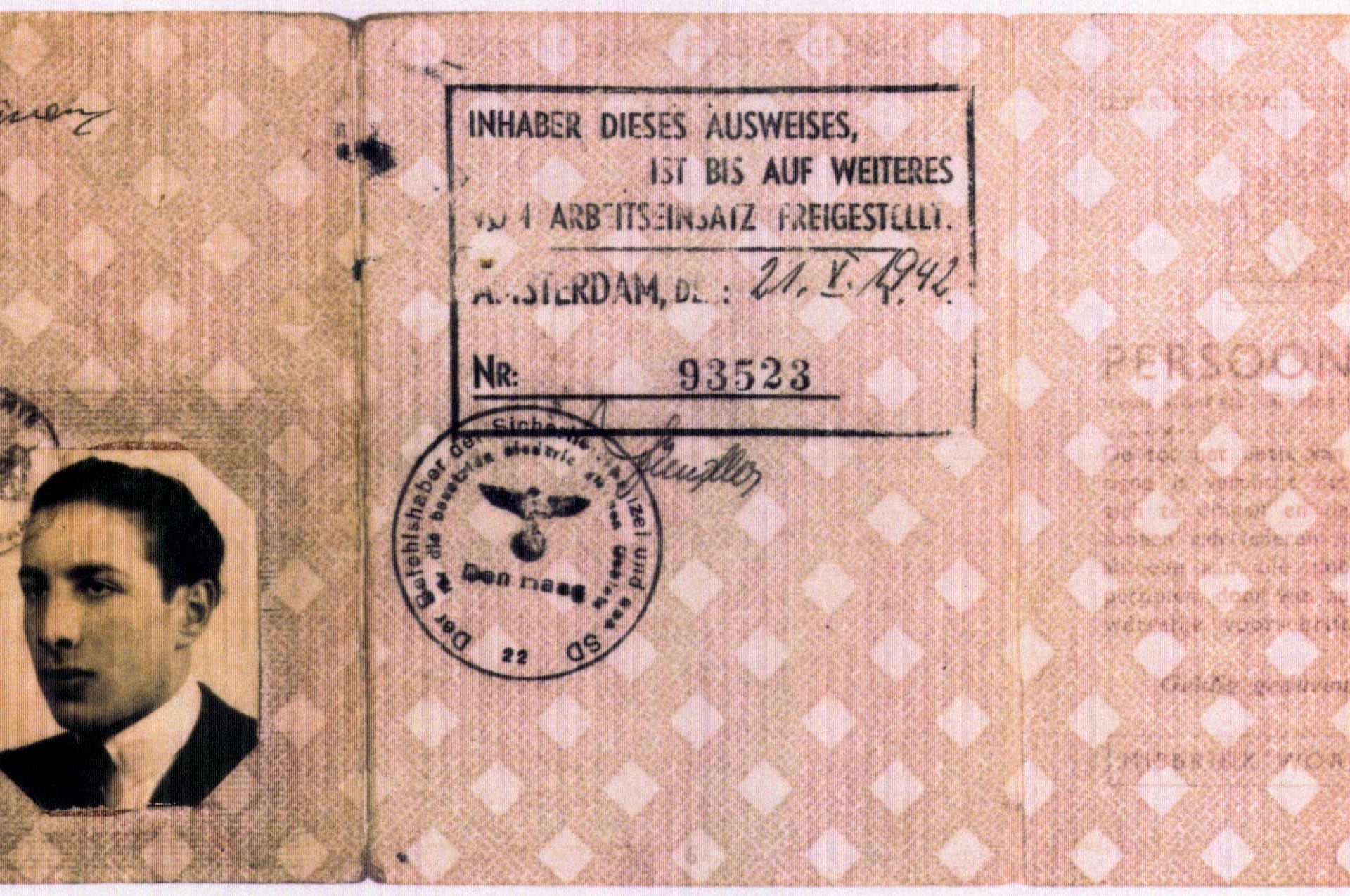 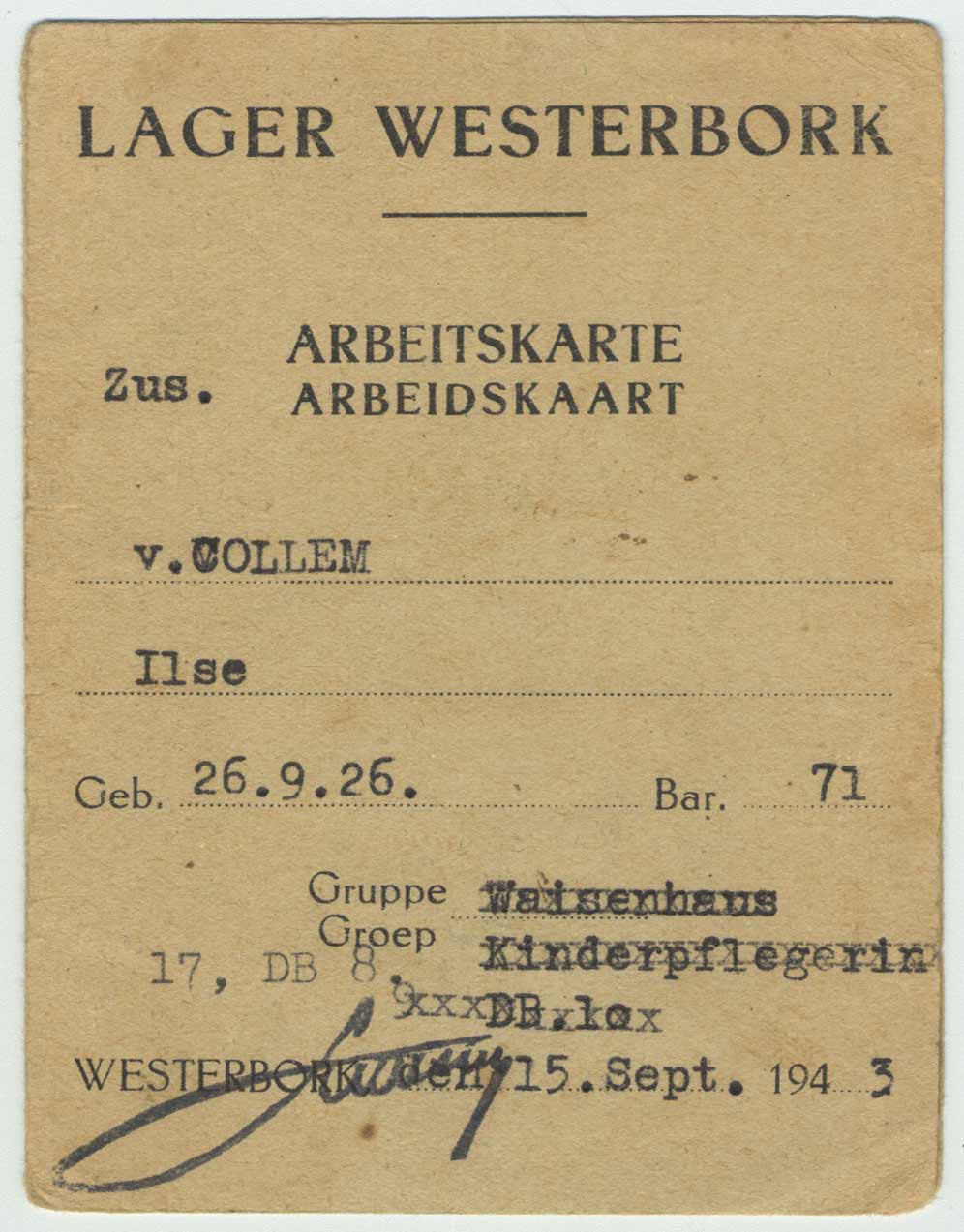 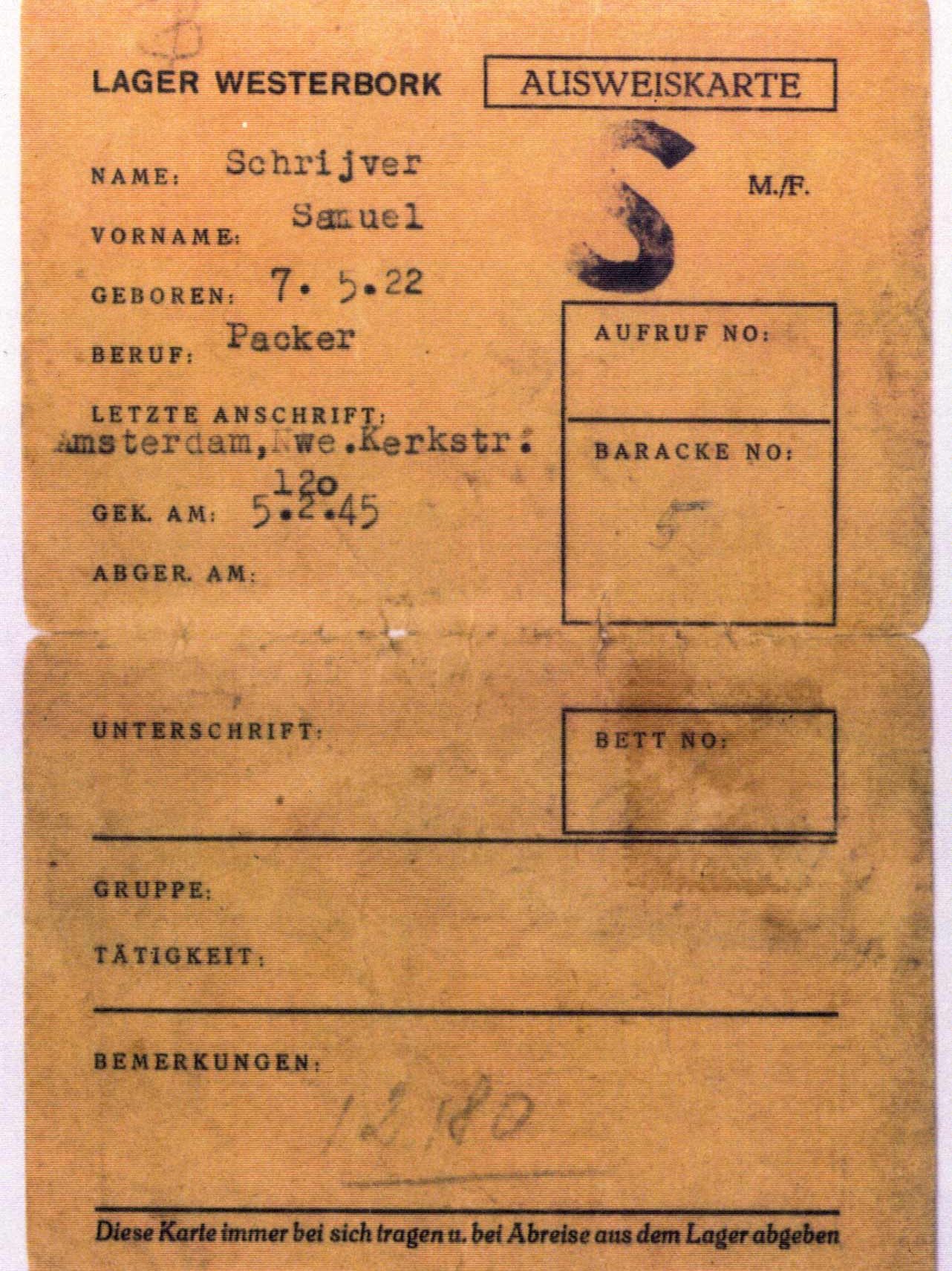 Identity card of Samuel Schryver in Westerbork. The “S” indicates that he was imprisoned for having committed a crime (common law, penal prisoner). Schryver was thus identified because he resisted the authorities. 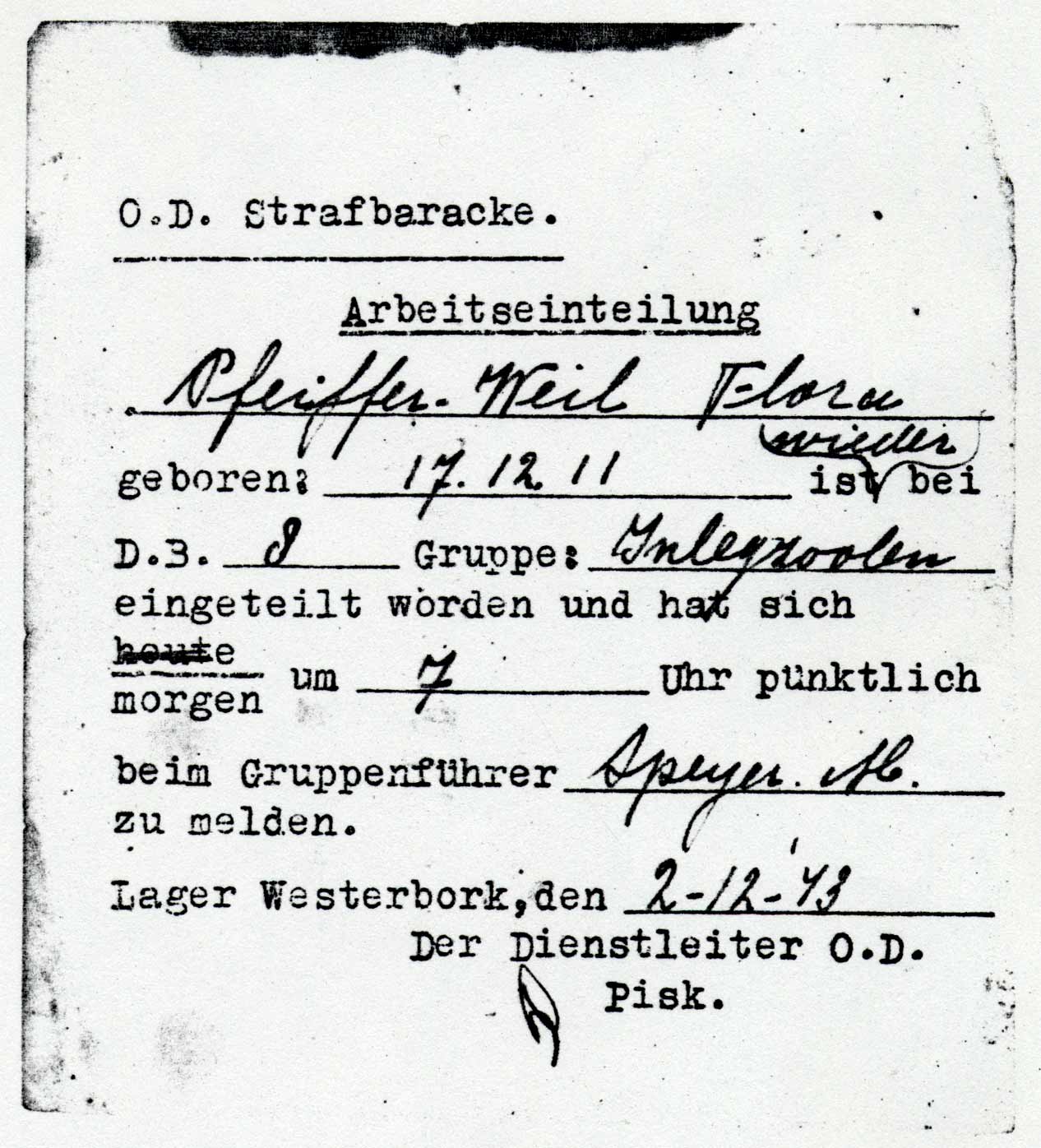 Work permit for Flora Pfeiffer to work in the punishment blocks, dated December 2, 1943. Jews capable of work had a better chance of staying alive. 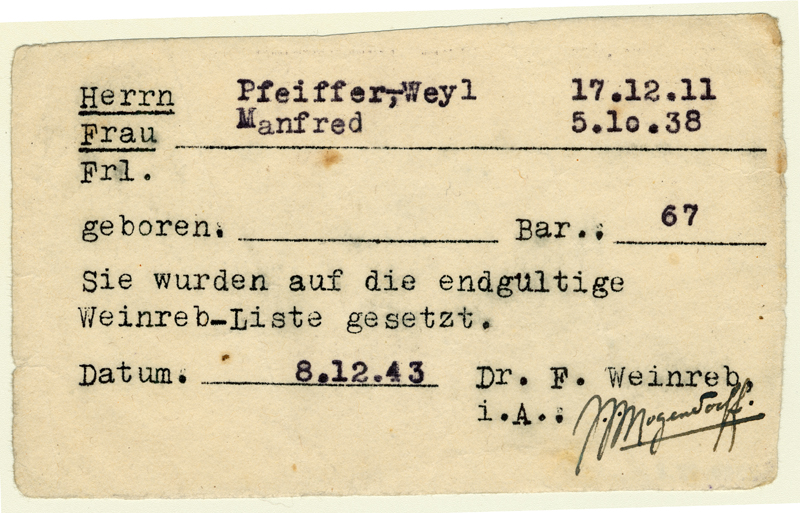 Form certifying that Fred Pfeiffer is on the exemption list, dated December 8, 1943. Certain Jews could avoid deportation, if only for a short time, if they were “part” Jewish, had converted to Christianity, or held an important function in society (e.g. Jewish Council, wartime economy). 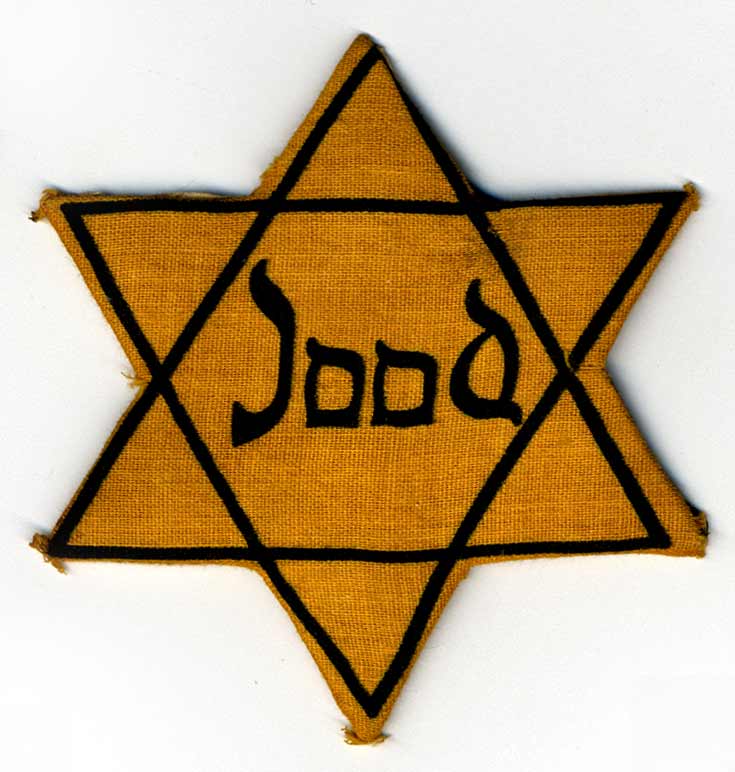 Yellow star worn by Flora Pfeiffer in Westerbork and Bergen-Belsen. 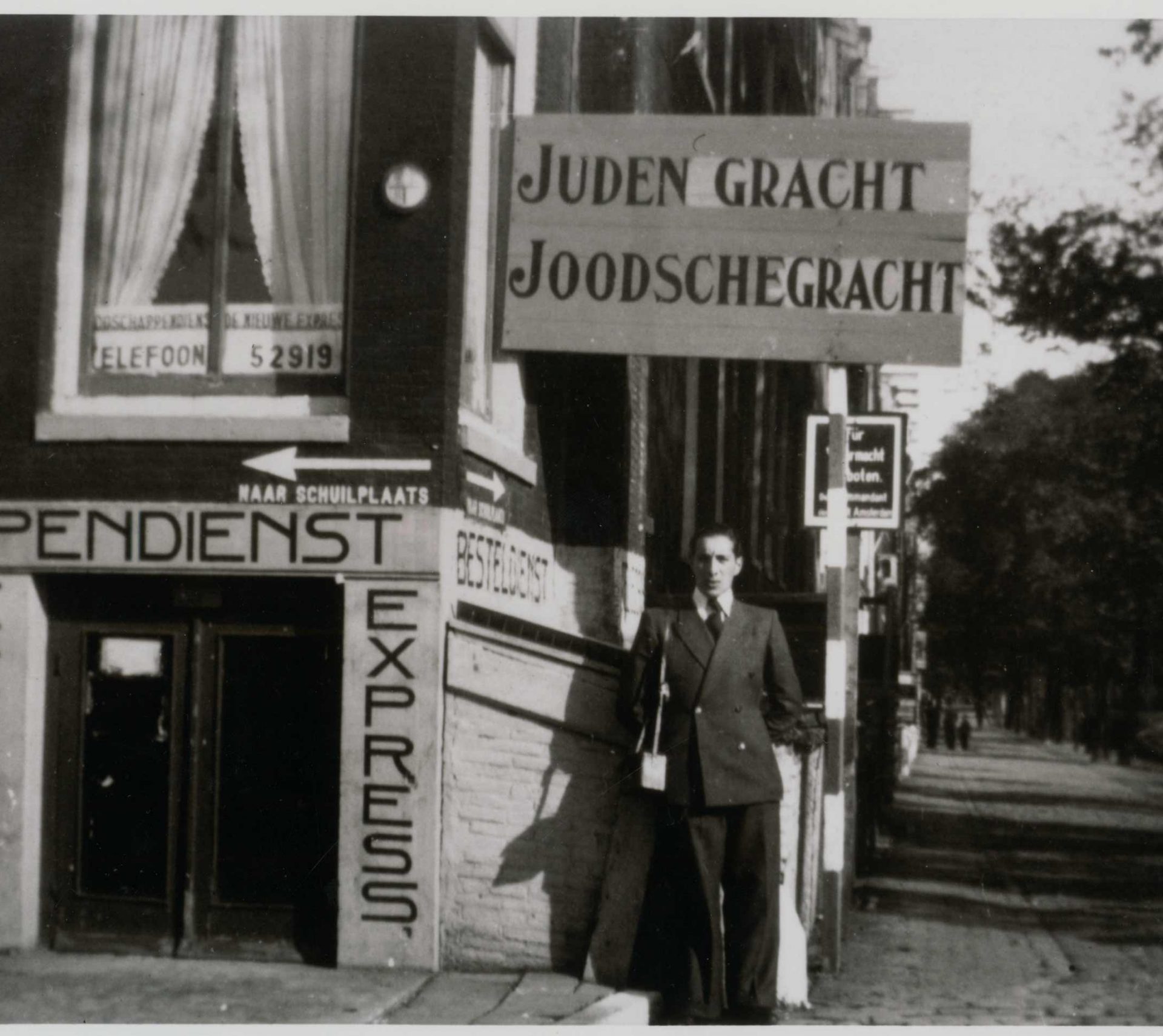 Sam Schryver posing under the signs that indicate the boundaries of the Jewish quarter. They read “Jewish Canal”, a reference to the geography of Amsterdam, traversed by canals. 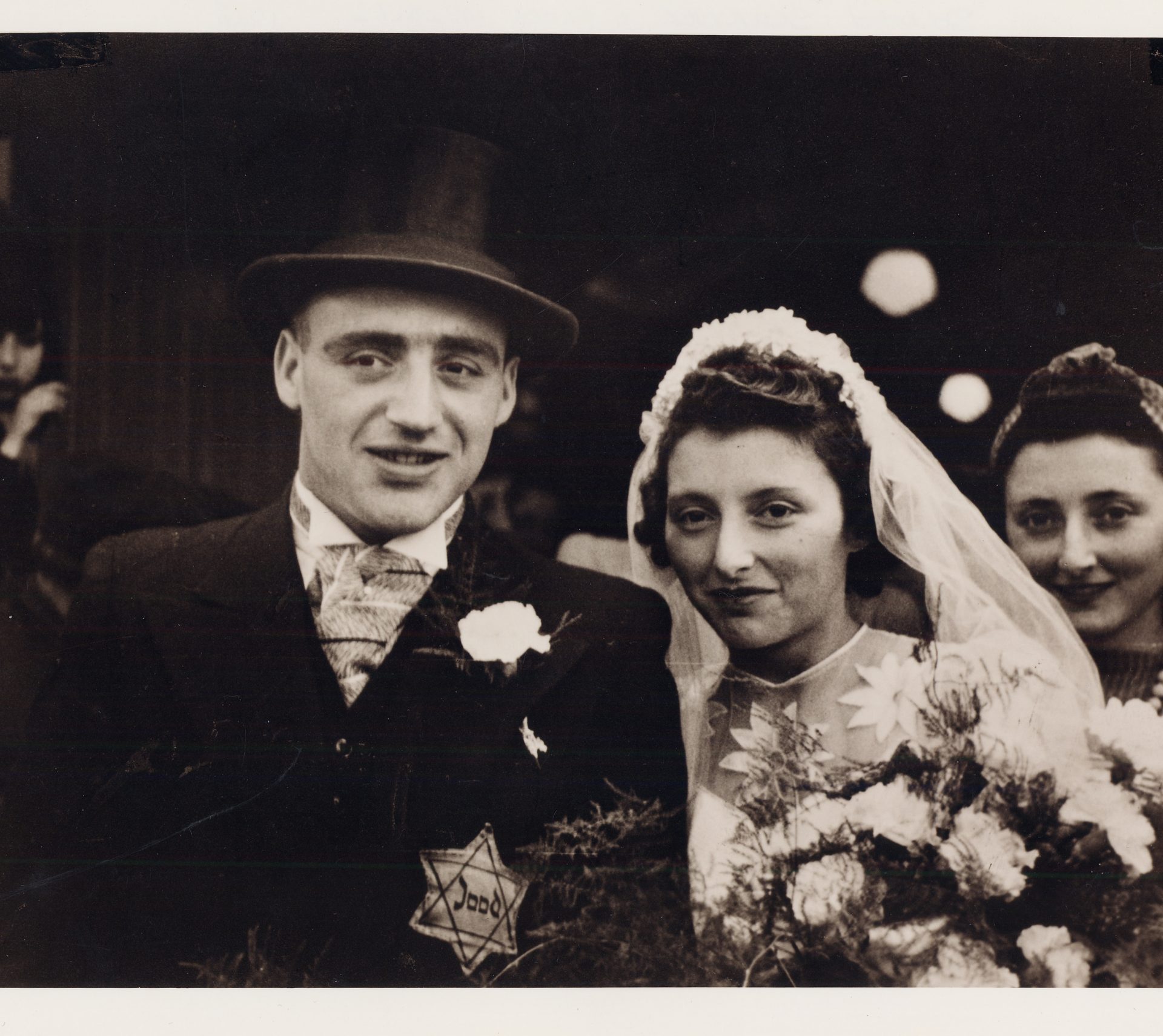 Wedding of Salomon Schryver and Flora Mendels in Amsterdam in 1942. 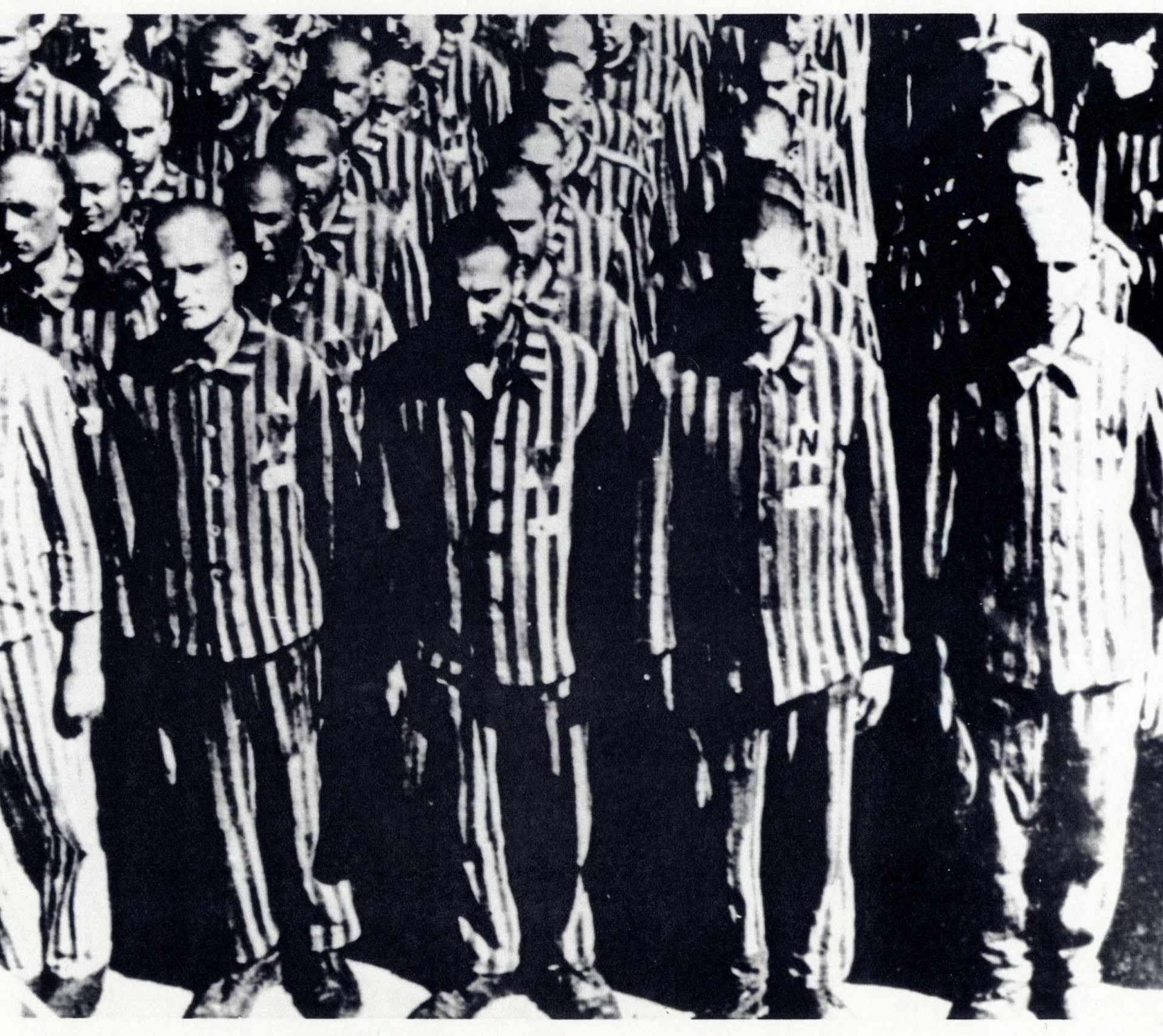 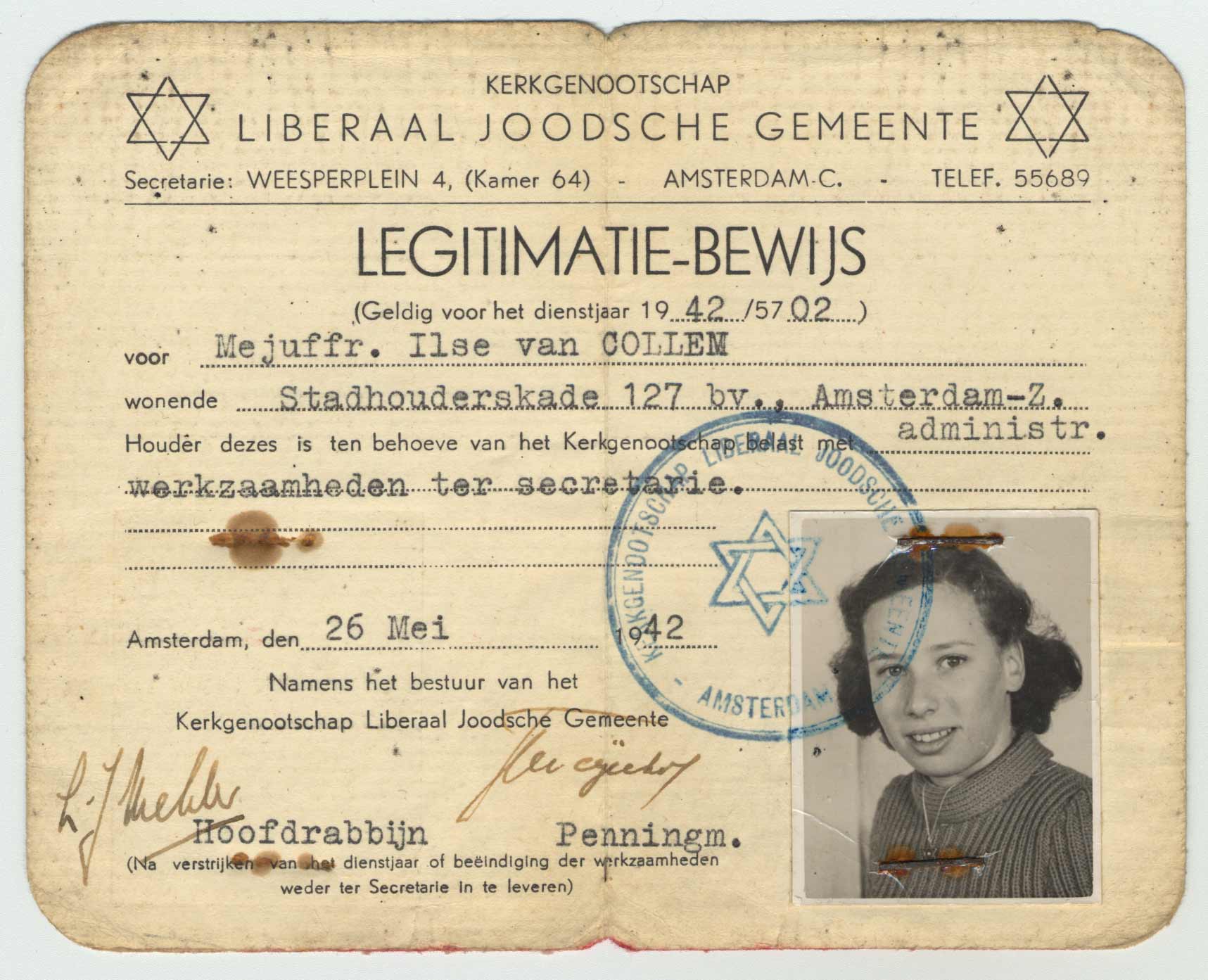 Identity card and work permit of Ilse van Collem issued by the Liberal Jewish Congregation on May 26, 1942. 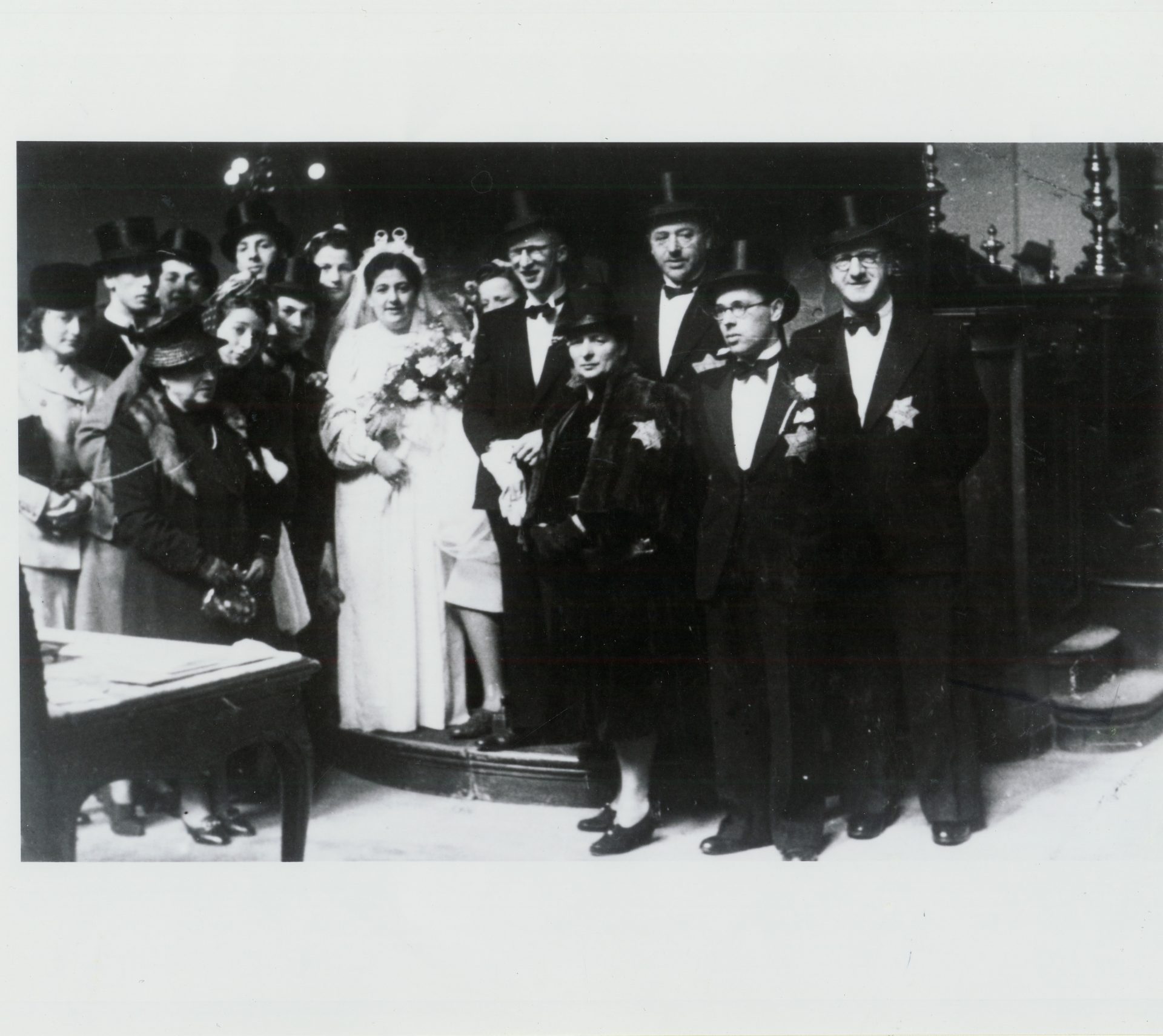 Photo of the wedding of Herman Leeuw and Annie Pais, with their families present, 1942. Despite everything, the Jews continued to live as normally as possible.

Learn more about the history of the Holocaust

Anti-Jewish Laws in the Netherlands Timeline