The Ten Stages of Genocide

Back to Resources and Training
#MuséeHolocausteMTL 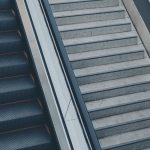 The ten stages of genocide

Genocide is a human phenomenon that can be analysed and understood, and consequently, may be prevented. According to academic and activist Gregory H. Stanton, genocide is a process that develops in ten stages, described here. The stages do not necessarily follow a linear progression and may coexist. Prevention measures may be implemented at any stage.

Groups in a position of power will categorize people according to ethnicity, race, religion or nationality employing an us versus them mentality.

People are identified as Jews, Roma or Tutsis, etc., and made to stand out from others with certain colours or symbolic articles of clothing.

Prevention: Ban the symbols and hate speech and all clothing meant to discriminate against groups.

A dominant group uses laws, customs, and political power to deny the rights of other groups. The powerless group may not be granted full civil rights or even citizenship.

Prevention: Ensure full political empowerment and citizenship rights for all groups in a society. Discrimination on the basis of nationality, ethnicity, race or religion should be outlawed.

The diminished value of the discriminated group is communicated through propaganda. Parallels are drawn with animals, insects or diseases.

A state, its army or militia design genocidal killing plans.

Prevention: Outlaw membership in these militias and sanction their leaders. Impose arms embargoes on the countries involved and create commissions of inquiry.

Propaganda is employed to amplify the differences between groups. Interactions between groups are prohibited, and the moderate members of the group in power are killed.

Prevention: Protect these moderate members and human rights groups. Seize the assets of the oppressors and refuse their access to international travel.

The victims are identified, separated and forced to wear symbols. Deportations, isolation and forcible starvation. Death lists are drawn up.

Prevention: Humanitarian aid, armed international interventions or major support for the victims to ensure their ability to defend themselves.

Victims are identified and isolated based on their ethnic or religious identity. Death lists are drawn up. In state sponsored genocides, members of victim groups may be forced to wear identifying symbols. Their property is often expropriated.

Prevention: Regional organisations and the international community must mobilise themselves to assist or help the victims.

The massacres begin. The perpetrators see their actions as “extermination” since they do not consider their victims to be entirely human.

Prevention: Only large-scale armed interventions can stop genocide. The international community must support the operations by providing air transport, equipment and financial support.

The perpetrators of the genocide deny having committed their crimes. Victims are often blamed. Evidence is hidden and witnesses are intimidated.

Prevention: An international tribunal or national court must prosecute the criminals. Public education. 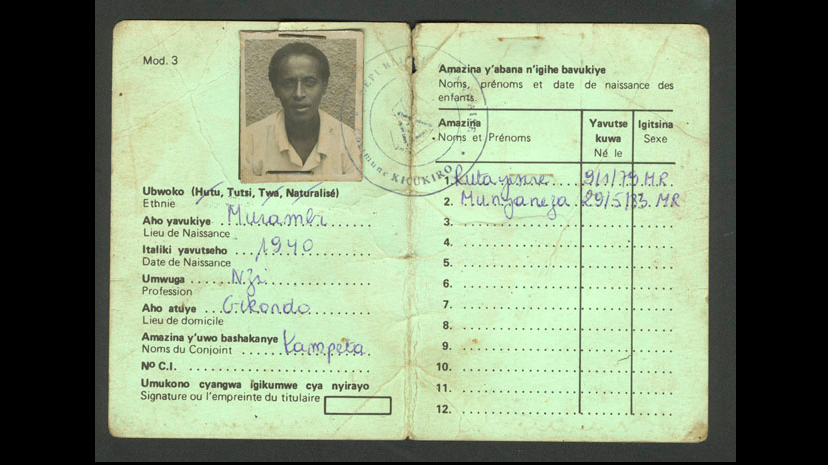 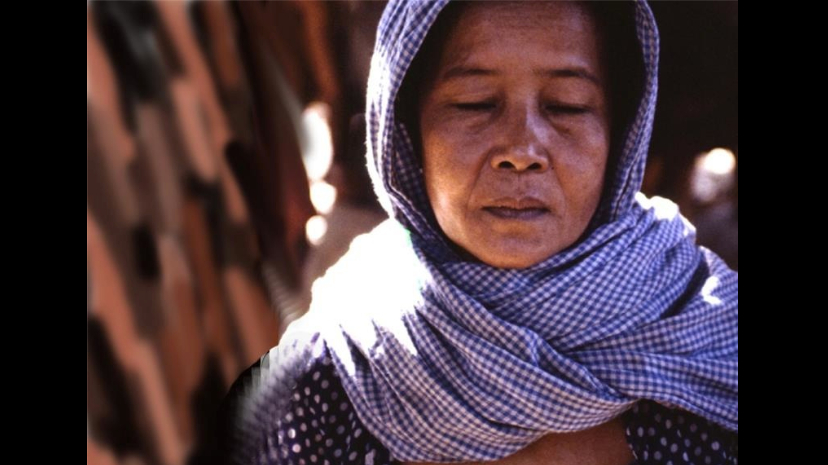 Stage 2 : Symbolisation. In the last six months of the Khmer Rouge regime, people from Cambodia’s Eastern Zone were marked by having to wear a blue-and-white checked scarf. In 1978, they were accused of having “Khmer bodies with Vietnamese minds”, deported from the Zone, and often murdered. Source : Copyright 1986 Gregory H Stanton 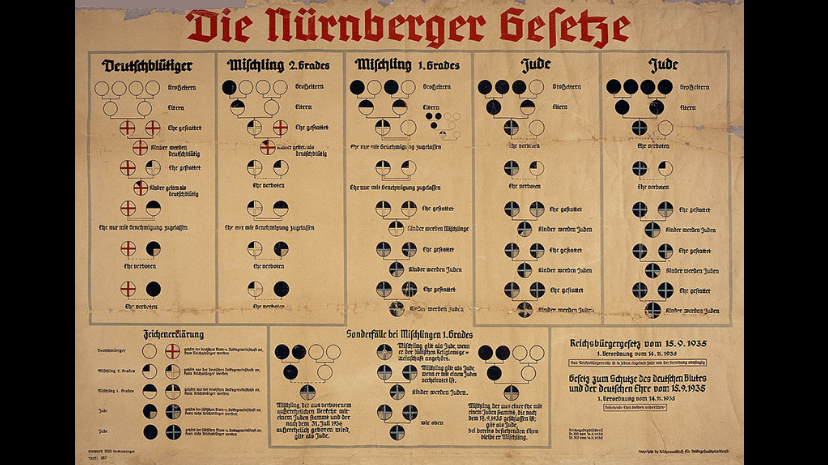 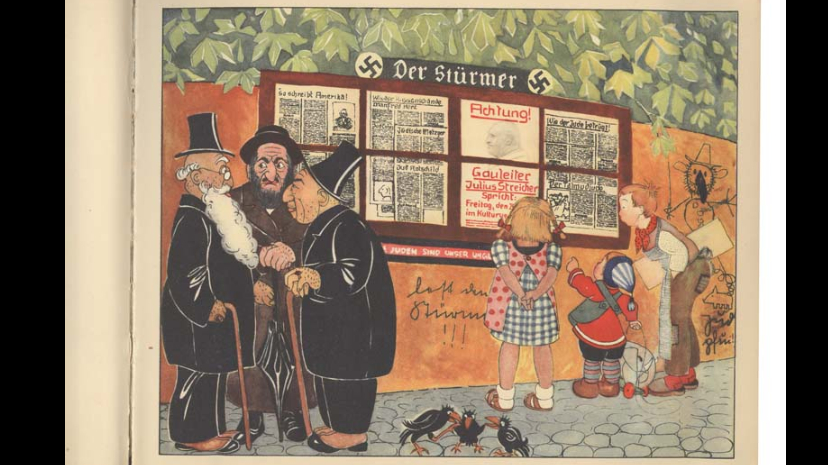 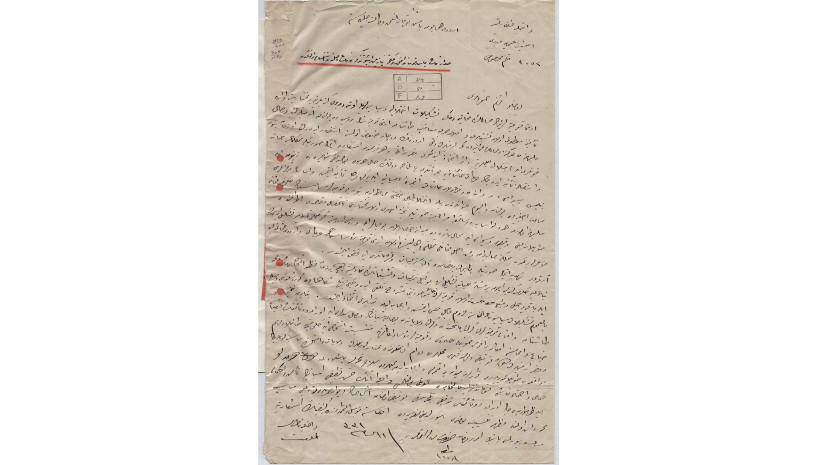 Stage 5 : Organisation. On April 24, 1915, the Minister of Internal Affairs of the Ottoman Empire issued an order to arrest influential Armenians. The community’s elite were eliminated within a few weeks. Source : Ottoman Archives 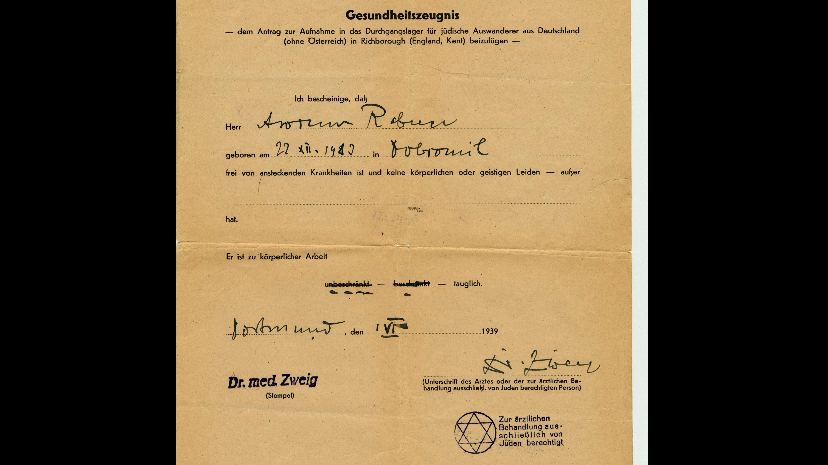 Stage 6 : Polarisation. Medical certificate granted to Avrum Rabner, Germany 1939. The stamp in the lower right-hand corner indicates that he was permitted to treat Jewish patients only. As of July 1938, it was illegal for Jewish doctors to treat “Aryan” patients. Source : Montreal Holocaust Museum 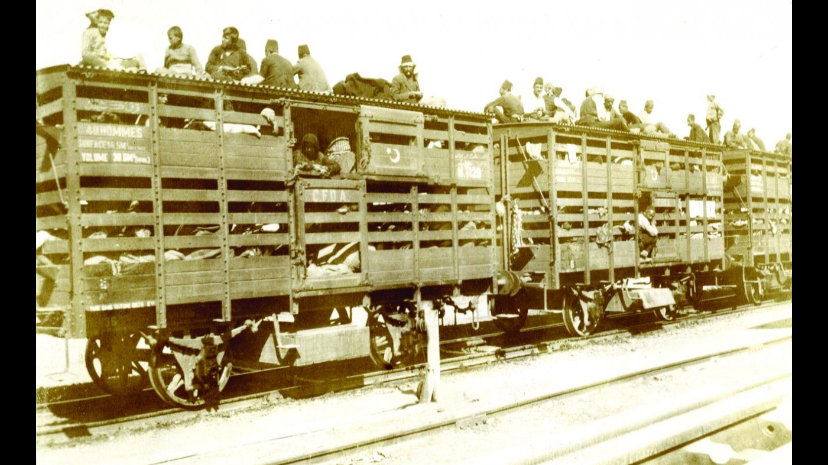 Stage 7 : Preparation. Armenians were deported by train to the Syrian Desert. The entire Armenian population of Turkey was deported within a few months. The authorities were well aware that the chances of survival were nearly impossible. Source : Copyright Deutsche Bank AG, Historisches Institut 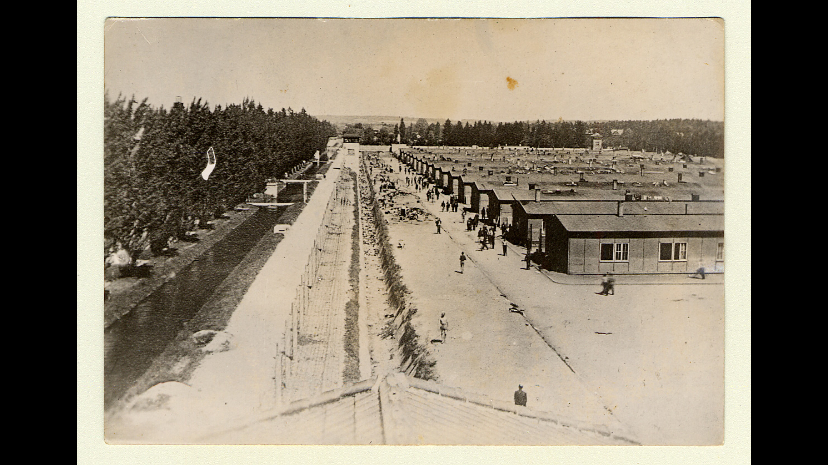 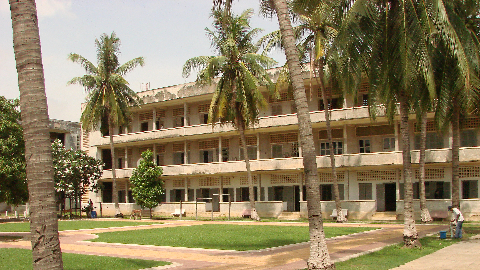 Stage 9 : Extermination. Site of prison S-21, also known as Tuol Sleng in Phnom Penh, Cambodia. Thousands of people were tortured and killed there during the genocide. It is believed that only ten survived. Source : Adam Jones, Flickr 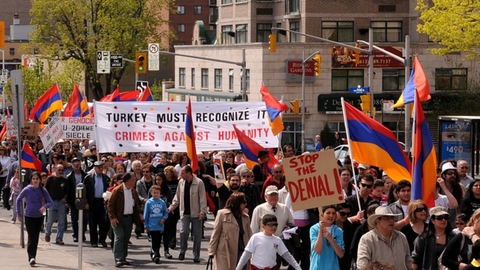 Stage 10 : Denial. Protest in Ottawa for the recognition of the Armenian genocide. Some 100 years later, Turkey still refuses to acknowledge the genocide. Source: Armenian National Committee of Quebec

In order to prevent genocides from occurring, it is important to first understand how they unfold. Intervening as soon as the earliest signs appear saves lives. Cooperation between parties can be facilitated, joint projects initiated and pressure for an equal distribution of power can be made. The UN and certain governments and organizations use a system of “early warnings” issued by observers in the field so as to be able to quickly intervene by providing human, military and legal resources.

Can we help? Yes. Signing petitions, sending letters, protests and awareness-building events exercise a concrete impact on governments and the media. Genocide prevention is an ongoing challenge. One of the greatest obstacles is the lack of political will of certain states to intervene in other countries. There are efforts to reverse the trend, but there is still much work to be done.

With your high school and college students, you can visit our “United Against Genocide: Understand, Question, Prevent” virtual exhibition which, with the help of a comparative approach, takes a closer look at four genocides of the 20th century: the Armenian genocide, the Holocaust, the genocide in Cambodia and the genocide of Tutsis in Rwanda. The exhibition also provides the opportunity to learn more about four contemporary situations of escalating violence: Burundi, Iraq, South Sudan and Myanmar.