A Headscarf Traded by a Young Roma Woman 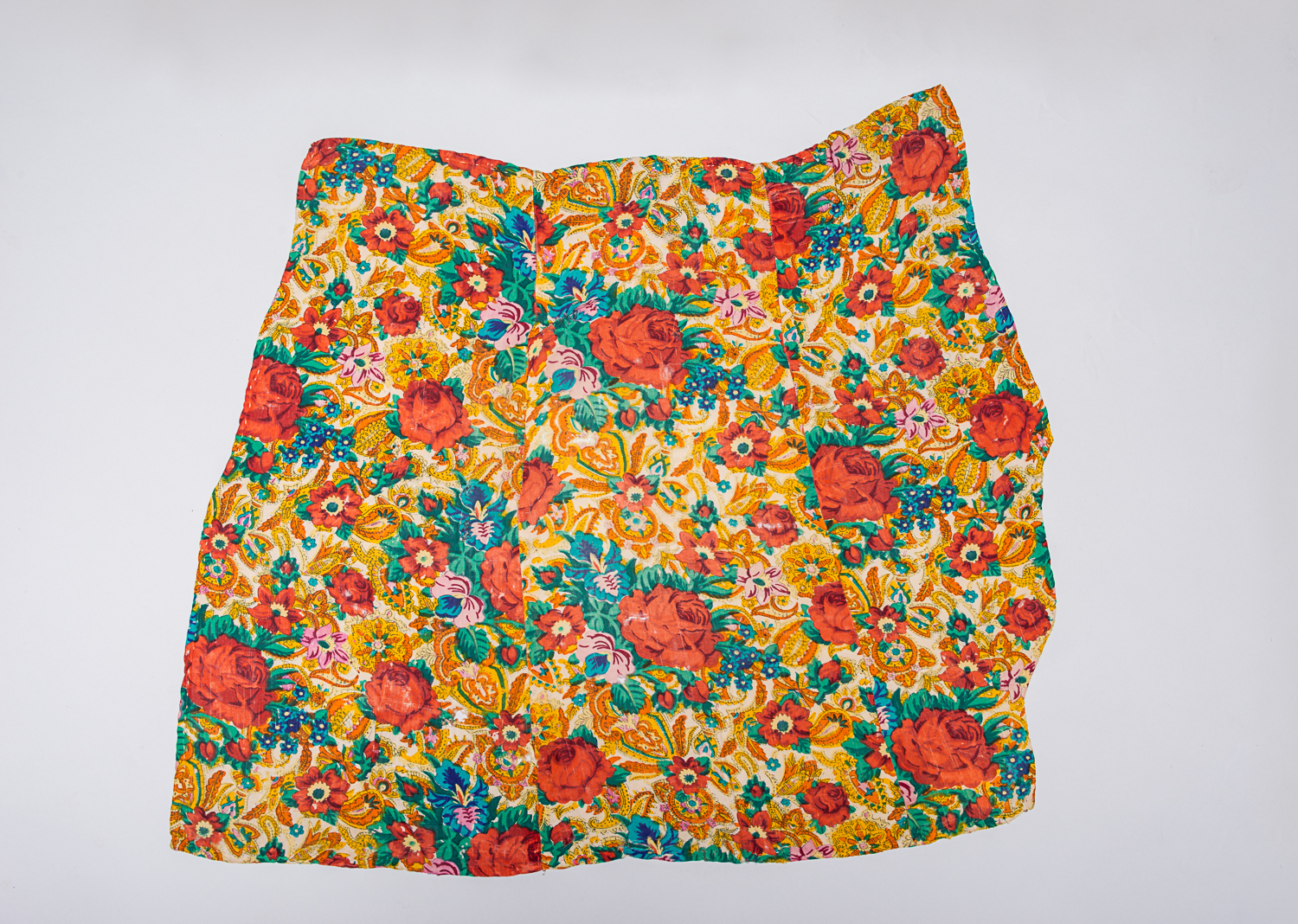 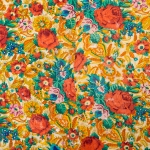 This floral pattern fabric in orange, yellow, red, blue and green probably used to be a blouse or a skirt. Liselotte Ivry (née Liselotte Epstein) traded a ration of bread for this piece of floral fabric with a young Roma woman while in the Bergen-Belsen displaced persons camp. The young woman wore it as a headscarf. 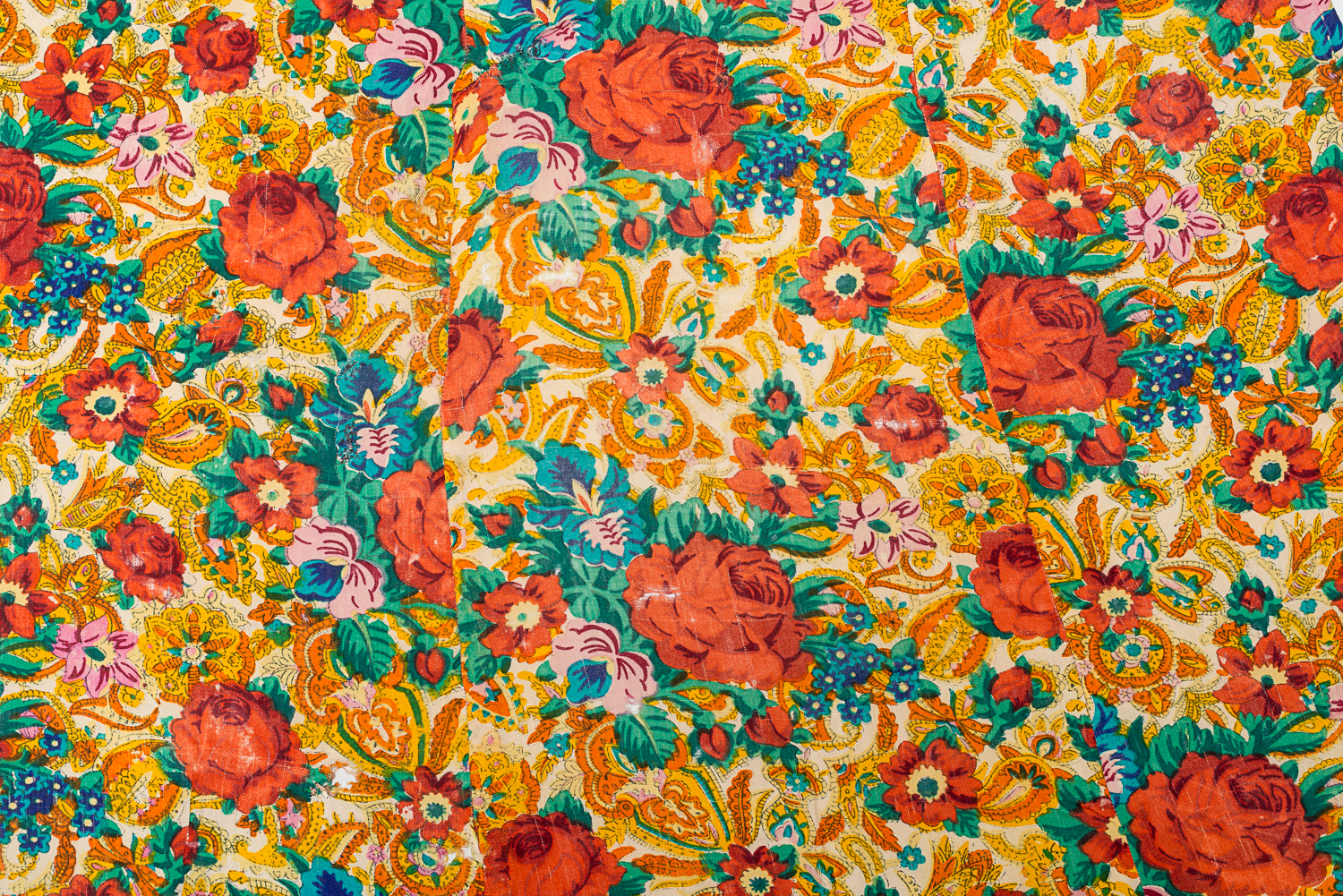 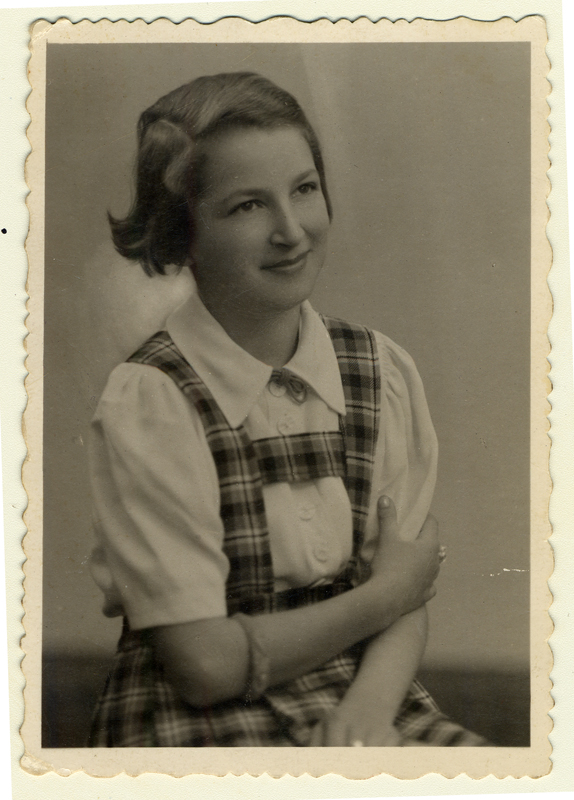 The Deportation of the Epstein Family

In 1942, Liselotte was forced to move into the Theresienstadt ghetto with her mother Elsa and brother Hans. On September 15, 1943, Elsa was selected for deportation and Hans volunteered to go with her. Liselotte was deported months later and eventually reunited with her family at the Birkenau concentration camp. Her mother died of dysentery in January 1944 and her brother was killed in March of that year.

Liselotte’s First Possession After the War

Liselotte was deported to various camps before being transferred to Bergen-Belsen and liberated by the British army on April 15, 1945. The sole survivor from her family, nineteen-year-old Liselotte stayed in the camp to serve food to liberated prisoners. She saw a young Roma woman in line wearing this scarf, one of the first beautiful things she saw after the war, and asked the woman to trade it for a ration of bread. Liselotte never wore it due to the risk of lice-transmitting diseases in the camp.

After the war, Liselotte studied English at Prague University and immigrated to Canada in June 1949.

She donated this headscarf to the Montreal Holocaust Museum in 2011.

Fill out the Form