Action Week Against Racism: Is History Repeating Itself? 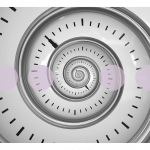 During Action Week Against Racism, the Montreal Holocaust Museum in partnership with the Centre for the Prevention of Radicalization Leading to Violence, The Consulate General of the Federal Republic of Germany in Montreal, and the C.O.R. have organized a discussion about the emerging patterns in the rise of right-wing extremism, and what can be done to prevent an escalation of radicalized violence. Is History Repeating Itself? A Discussion about the Rise of Right-Wing Groups

Participate in our discussion about the rise of far-right groups in order to better understand the severity of the threat and methods of intervention.

According to the Centre for the Prevention of Radicalization Leading to Violence, radicalization leading to violence is defined as: