This double-sided letter, one of a series of letters, was written in Polish on graph paper in the Waldenburg concentration camp in Poland. It is dated January 20, 1945, and was written by Henry Majerczyk for Eva Majerczyk, born Parzenczewska. Other prisoners also left messages on the letter in purple and blue pencil. Among other things, Henry expressed his concern about the rumored deportation of women from the Ludwigsdorf camp. 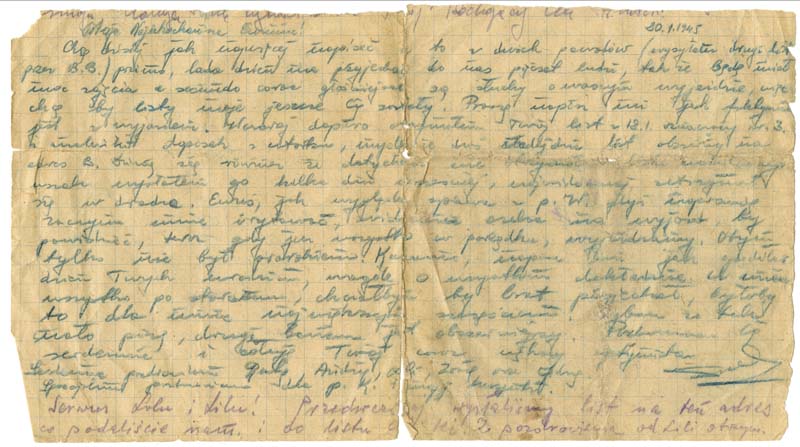 The front of the letter written on January 20, 1945 by Henry Majerczyk in the Waldenburg concentration camp for Eva Majerczyk. Among other things, Henry expressed his concern about the rumored deportation of women from the Ludwigsdorf camp. 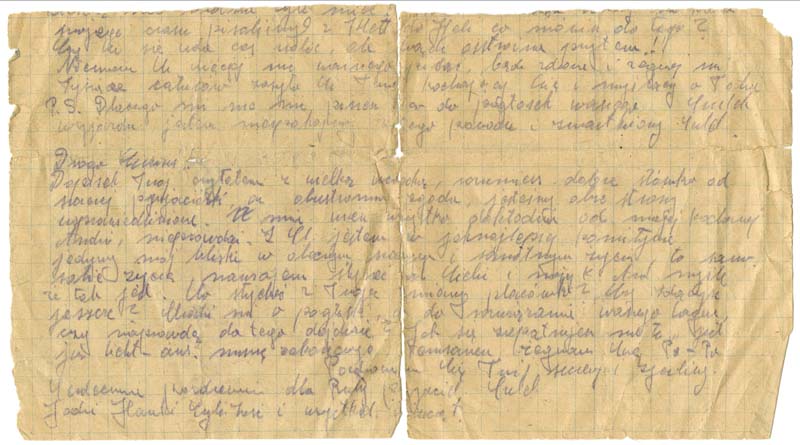 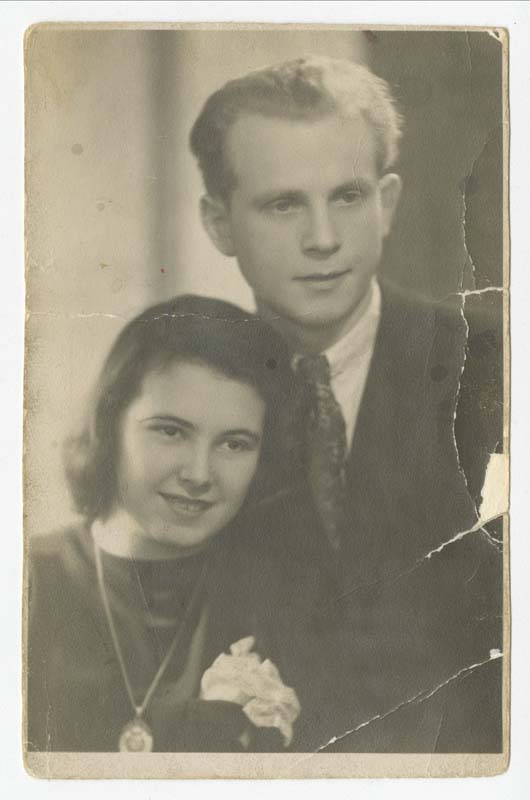 Eva and Henry Majerczyk soon after their wedding in 1945 in Waldenburg, Poland. 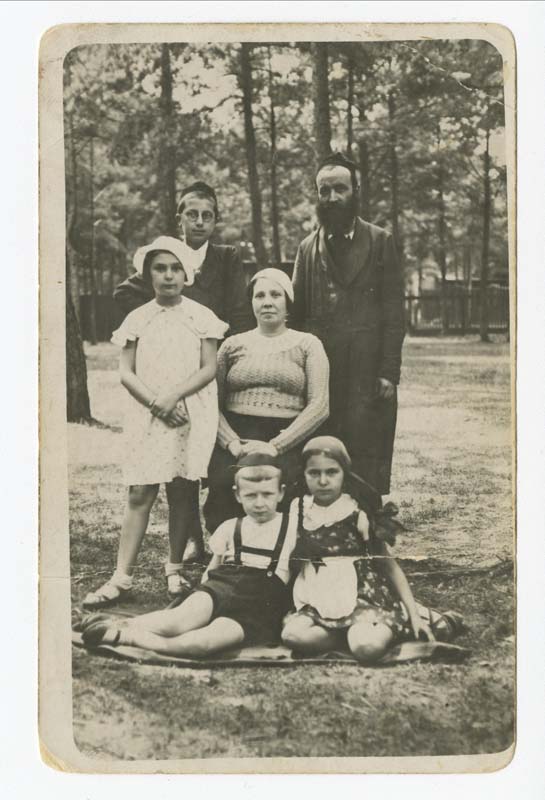 The Parzenczewska family, in 1934, during their summer holidays in the countryside near Lodz. In the foreground are, Nachum, the youngest of the family, as well as Eva. In the background are, Ruth and Malka, her mother. In the third plane are, Yakov and Jechiel, her father. 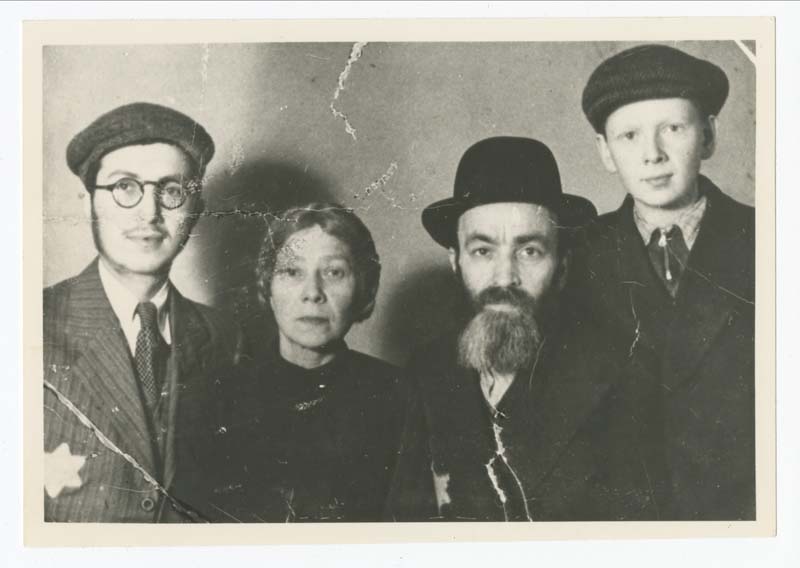 Eva Majerczyk’s family shortly after the closure of the Lodz ghetto in 1940. From left to right: Yakov, Malka, Jechiel and Nachum. After the war, Eva discovered that her father and her older brother died in the Lodz ghetto. Her mother and younger brother were deported to Auschwitz and never returned.

After Poland was invaded in 1939, Eva and her older sister, Ruth fled their hometown, Lodz, without their family. They arrived in the Warsaw ghetto in 1940 but managed to escape in 1941 with the help of a smuggler paid by their uncle. The two sisters were later deported to the Klettendorf forced labour camp in Poland where Eva worked in the kitchen. She met Henry at the camp and they built a relationship. In 1944, Eva and her sister were deported again to Ludwigsdorf, a women’s concentration camp. Henry was sent to Waldenburg, 30 kilometers away from Eva.

A Clandestine Letter from Waldenburg to Ludwigsdorf

Eva received a letter from Henry after her arrival at the Ludwigsdorf concentration camp in Poland. This letter reached her due to non-Jewish workers who acted as couriers. By early 1945, Nazi Germany’s defeat at the hands of the Allied forces was imminent. When Eva was liberated by Soviet forces on May 8, 1945, she decided to join Henry in Waldenburg. They were married the following month on June 17 and later had three children. Eva and her family immigrated to Montreal in 1953 to join Ruth, who had also survived the Holocaust.

Eva Majerczyk donated the letter to the Montreal Holocaust Museum in 2018.