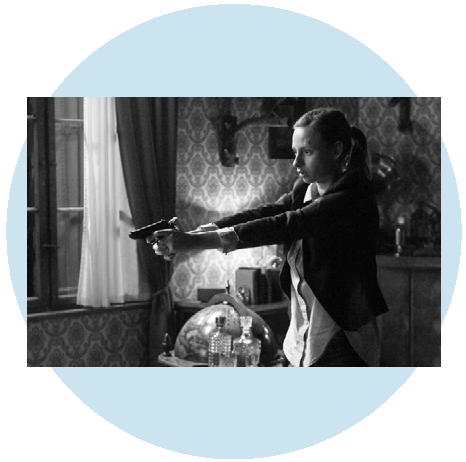 (Événement en anglais seulement) Join us for the screening of the German thriller, Winter Hunt. This film explores the complexities of wartime guilt and culpability across generations.

Follow the story of one young woman willing to take extreme measures against a suspected former Nazi.

“In this taut psychological thriller, a woman tries to take justice into her own hands as she shows up on the doorstep of a remote mansion. Lena claims her car has broken down, but her arrival is intentional. She is in pursuit of Anselm, an elderly Auschwitz guard who lives with his daughter Maria. They both deny Anselm’s Nazi past, but Lena is determined to get him to confess. “(TJFF)

Winter Hunt was awarded the Micki Moore Award for Best Narrative Feature directed by a woman at TJFF, Emerging Filmmakers Jury Prize at AJFF and the German Television-Crime Award.

This event is organized in partnership with the Jewish Public Library, the Consulate General of the Federal Republic of Germany and Goethe-Institut Montreal and made possible by the Janie Cooper Endowment fund.