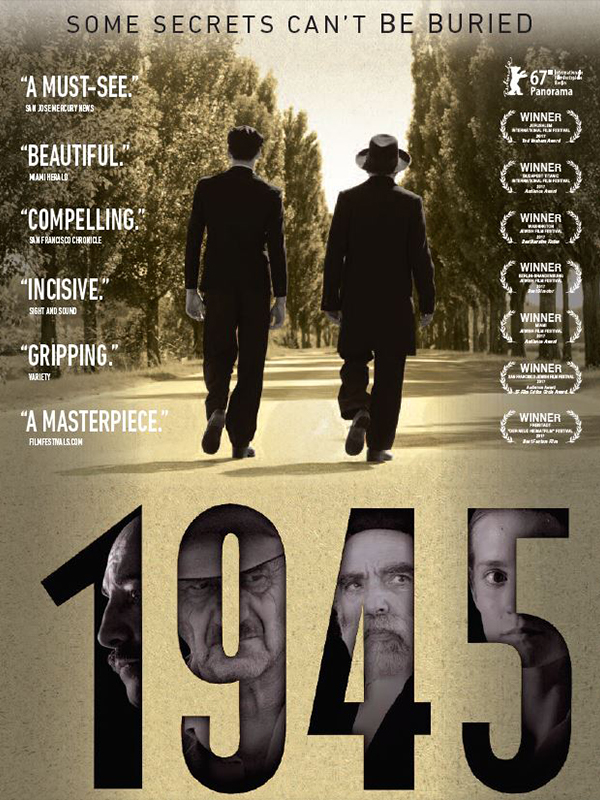 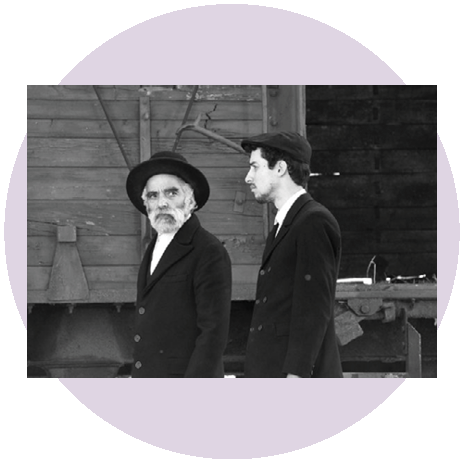 (Événement en anglais seulement) Join us for the screening of the award-winning Hungarian film 1945. Discover the fictional story of a small town in Hungary facing the return of two Holocaust survivors after the war. Following the film, there will be a discussion with Ted Bolgar, a Holocaust survivor who will share his experiences of returning to his hometown after liberation.

“The arrival of two Orthodox Jews upsets the wedding day of a rural town clerk’s son in Hungary in 1945. More a portrait of a community’s collective guilt and shame than a character drama about a handful of individuals, this adaptation of the short story The Homecoming examines how a town really feels about having moved into the homes and started eating off the plates of the Jews that vanished during the war, raising the twin specters of culpability and dishonor when two men of that faith return.” (The Hollywood Reporter)

Of approximately 825,000 Jews living in Hungary in 1941, about 63,000 died or were killed prior to the German occupation of March 1944. Under German occupation, just over 500,000 died from maltreatment or were murdered. Some 255,000 Jews, less than one-third of those who had lived within enlarged Hungary in March 1944, survived the Holocaust.” (USHMM)

Listen to Ted Bolgar’s testimony about the liberation of the camps and returning to his hometown in Hungary: