The Book ''Jews in Caricature'' by Eduard Fuchs

A Historical Study of the Representations of Jews in European Caricatures 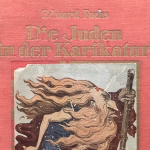 This book, published in 1921 in Munich, was written by Eduard Furchs, author, art collector and political activist. It is a historical study of the representation of Jews in European caricatures from the 15th to the beginning of the 20th century. This book belonged to Walter Absil’s family, which lived in Vienna, Austria, before the war.

The Book ''Jews in Caricature'' by Eduard Fuchs

This book, published in 1921 in Munich, is a historical study of the representation of Jews in European caricatures. (Photo: Peter Berra) 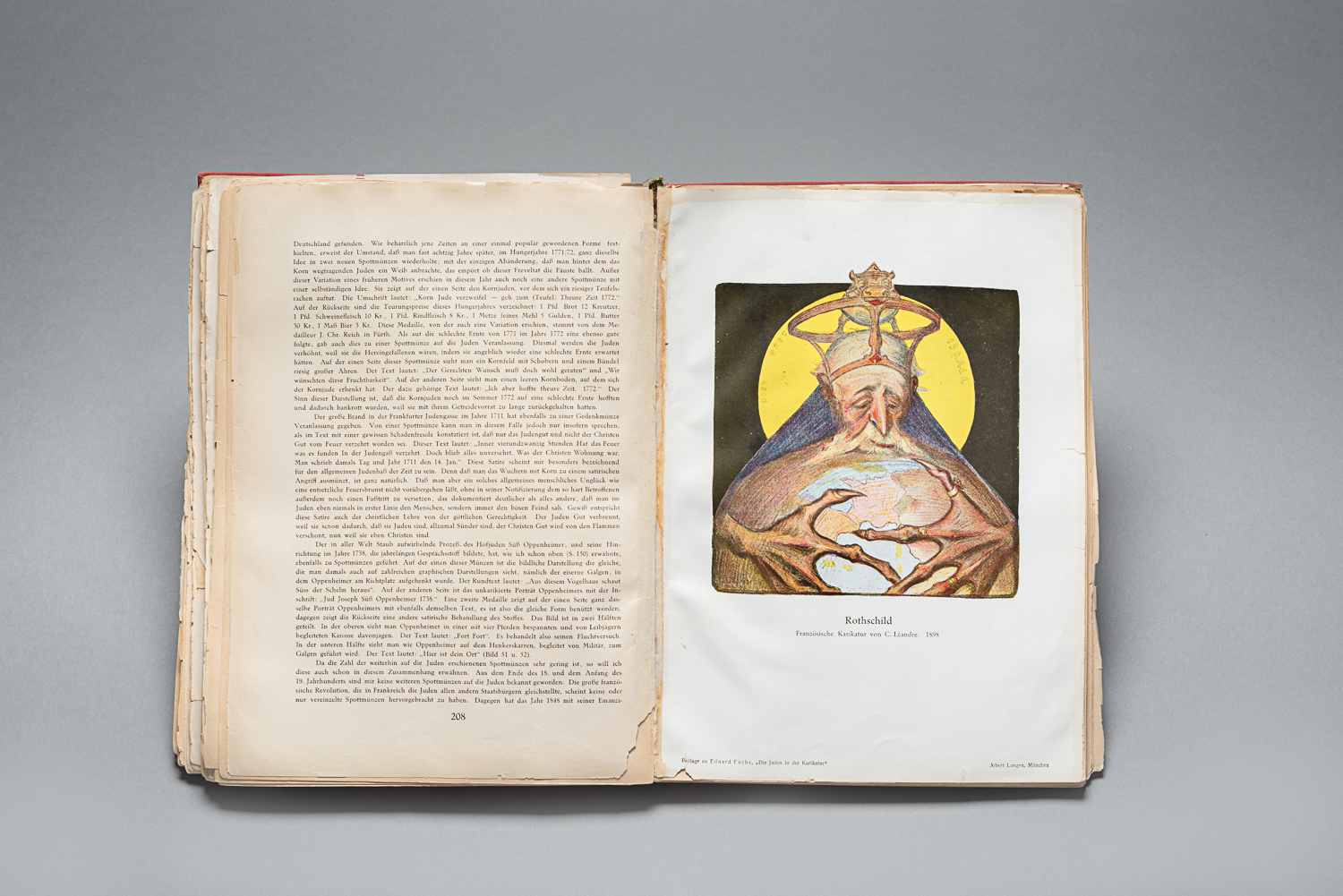 A caricature inside the book ''Jews in Caricature'' by Eduard Fuchs. (Photo: Peter Berra) 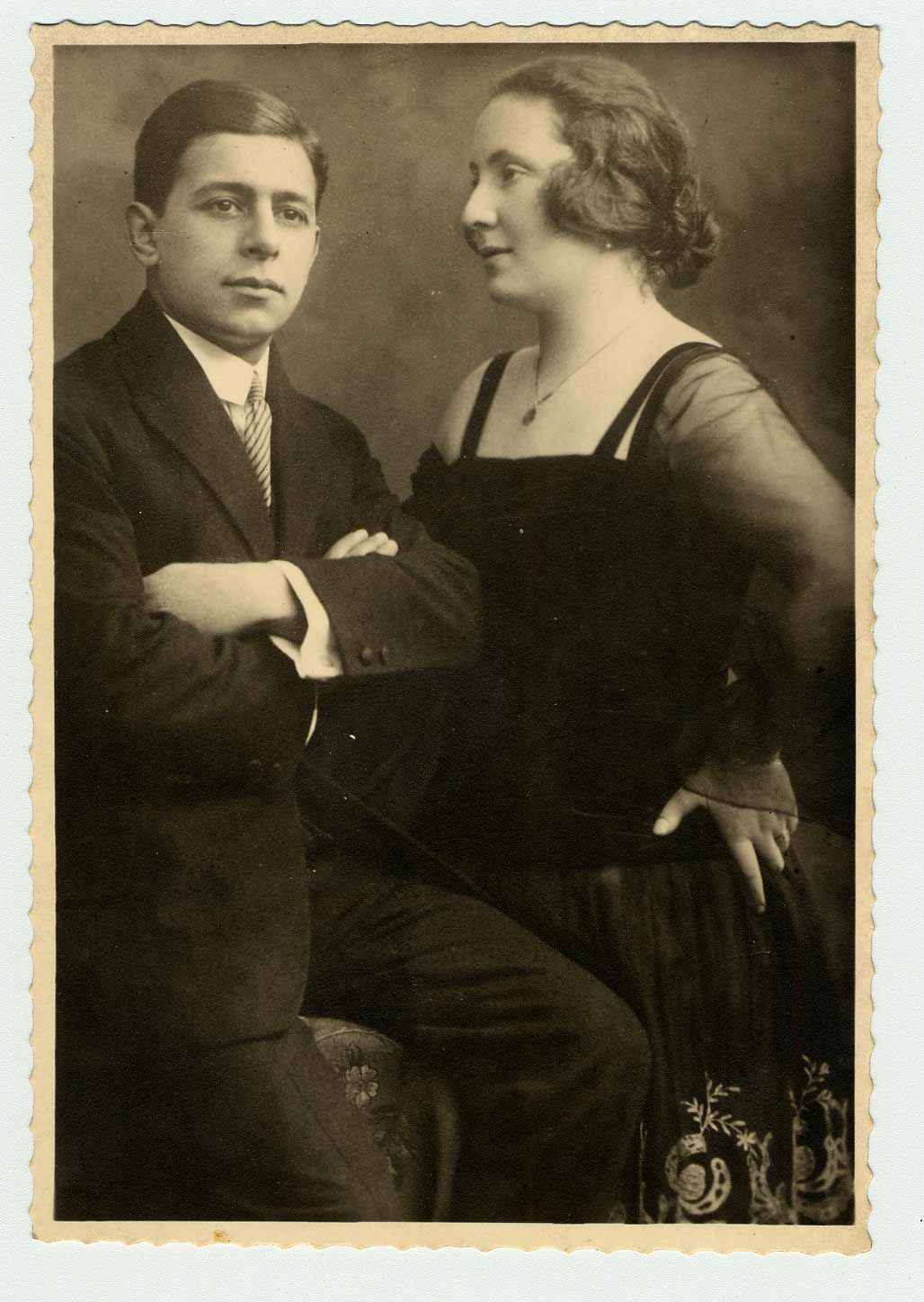 Walter Absil’s parents, Otto and Margarethe Bondy, were both killed in Auschwitz in 1943. 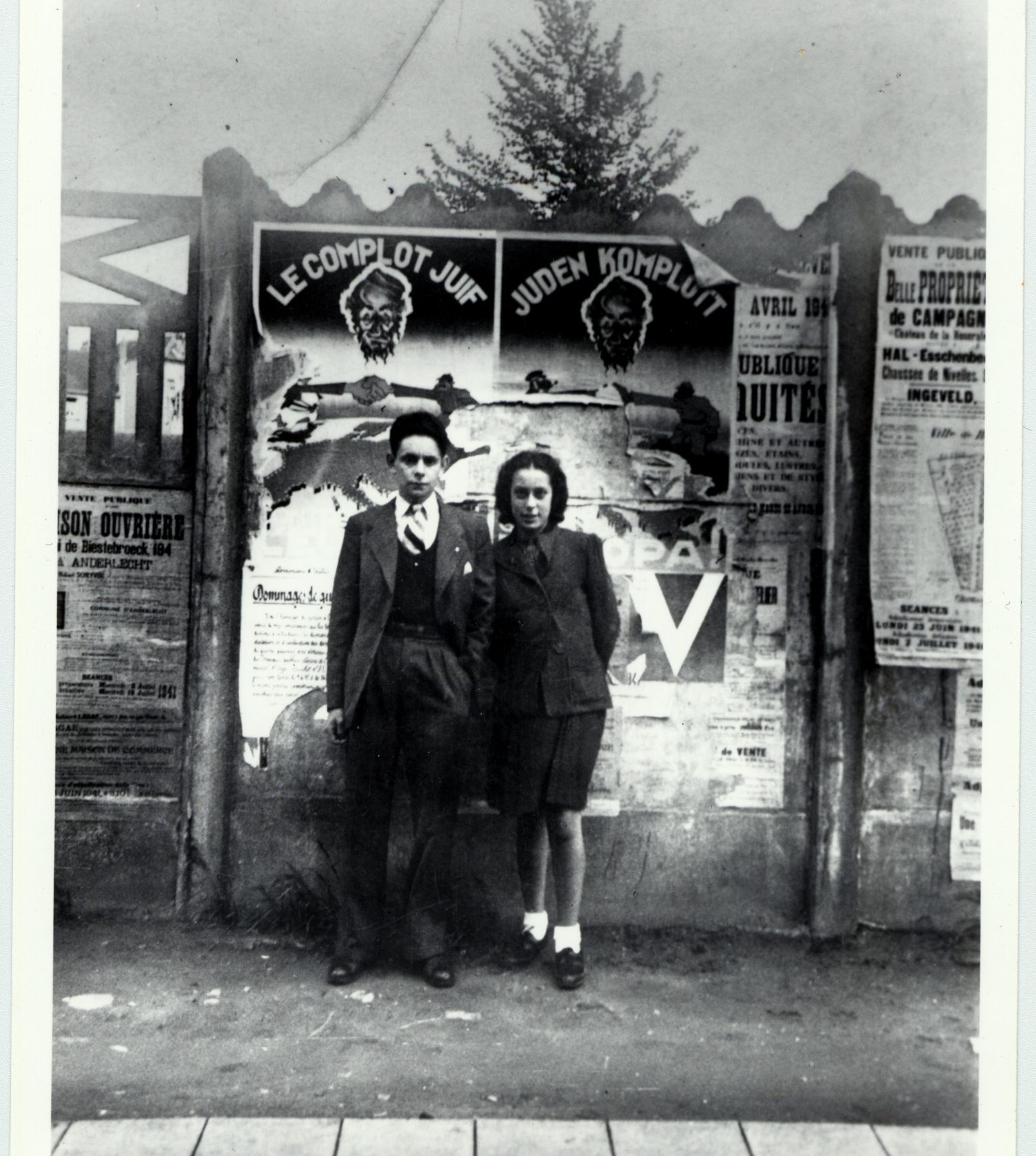 Walter and his sister Liese in Belgium in front of an antisemitic poster saying “The Jewish Conspiracy” in 1941.

This book illustrates the stereotypes that have been associated with Jews for many centuries. The caricatures demonstrate the existence of antisemitism before the Nazis took power in Germany. The Nazis however expanded on those prejudices and integrated the hatred of Jews in their ideology.

The Story of the Absil Family

The apartment of the Absil family was confiscated by a Nazi administrator during the war. Walter and his sister Liesl managed to obtain false papers and hid in Brussels. Their parents, Otto and Margarethe Bondy, were deported to Auschwitz and killed in 1943. When Walter returned home after the war, the administrator returned some of the family belongings, including this book.

Walter Absil donated this book to the Montreal Holocaust Museum in 1987.

Kellie Lacasse has been a volunteer guide at the Museum since 2018. As a part of the project “Objecst of Memory”, in this video she discusses Edouard Fuchs’ book “Die juden in der Karikature”.

Discover our reference guide to teach the history of antisemitism in Canada to your class.