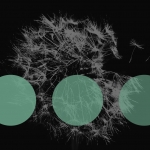 Join us on February 15, 2021 at 7:00 pm to hear the testimony of Roman Lesniak, the last Canadian survivor of Schindler’s List. In partnership with the Shaare Zedek Congregation.

Now 99 years old, Roman Lesniak wants to share his incredible story with as many people as possible. “The Holocaust was real. I was there and I witnessed the horror. Come hear my story.”

Oskar Schindler was a Czech businessman who saved over 1,200 Jews during the Holocaust. “Schindler was designated as Righteous among the Nations by Yad Vashem, and made famous by Steven Spielberg’s award-winning film, Schindler’s List.”

“After Germany invaded Poland in 1939, Schindler went to Cracow to take over two enamelware factories which had previously been owned by Jews. He later opened a third factory outside Cracow, in which he employed mainly Jews, saving them from deportation. By October 1944, his factory was no longer in use, and the Russian army was advancing towards Poland. Schindler acquired permission to move his factory to Sudetenland. Once again, he used his contacts to arrange to take his Jewish workers with him. He successfully transferred 700–800 men from the concentration camp at Gross-Rosen and about 300 women from Auschwitz. The names of these workers were recorded on a list, earning the name Schindler’s List.” (Yad Vashem)