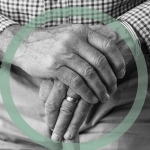 In honour of International Holocaust Remembrance Day, join us at the Museum to learn more about the genocide of the Jews during World War II.

What is the significance of January 27?

“The resolution declared that the United Nations would designate 27 January — the anniversary of the liberation of the Auschwitz death camp — as an annual International Day of Commemoration in memory of the victims of the Holocaust, and urged Member States to develop educational programmes to instill the memory of the tragedy in future generations to prevent genocide from occurring again.” (United Nations)

Listen to Izidor Back’s testimony about his liberation from Auschwitz: