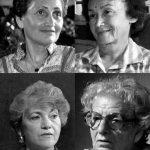 (Film in English with French subtitles) From June 3 to 6, 2019, join us at the Cinémathèque Québécoise for the screening of Claude Lanzmann’s four-part documentary, Four Sisters. To make this film, Lanzmann drew on the impressive amount of images and recordings left behind from Shoah, and gathered testimonies from four survivors.

The first part of this documentary is dedicated to Ruth Elias, born in Czechoslovakia, she recalls her internment in Theresienstadt: 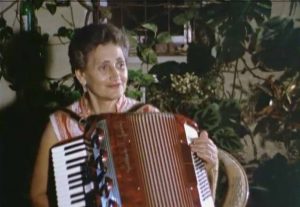 Ruth Elias was 17 years old in March 1939, when the Nazis occupied Czechoslovakia. Her family hid for three years on a farm, before being denounced and deported to Theresienstadt in April 1942.

During the winter of 1943, Ruth discovered that she was pregnant. She was sent to Auschwitz. In June 1944, eight months pregnant, she managed to join a group of 1,000 women sent to Hamburg to clear the rubble of a bombed refinery.